After the Fed’s reassurance, it’s time for fiscal policymakers to deliver 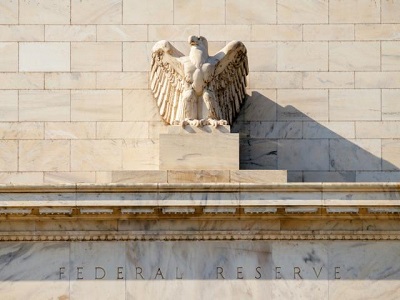 The Fed’s Chairman, Jerome Powell, did a credible job on Wednesday of keeping monetary policy unchanged, while still managing to meet markets expectations in the best possible way. Despite no changes and little amendment to the FOMC statement, the Fed has shown that it will do whatever is in its capacity to support the economy.

Market participants are growing more confident that interest rates will remain near zero for a long time to come, even if inflation starts to tick higher. That is one risk-supporting factor investors do not need to worry about in the medium-term. However, the line added to the Fed’s press release stating that ’the path of the economy will depend significantly on the course of the virus’ should be taken into consideration as to how much risk needs to be in portfolios.

While some of the worst affected US states have shown that Covid-19 infections have peaked, the virus is not taking a break. Deaths in the US exceeded 150,000 on Wednesday and with a vaccine not expected to hit the market until later this year or 2021, more measures need to be taken to control the pandemic which suggest more economic pain. That is especially the case when we look outside of the US with Brazil reporting a daily record of 69,000 new cases on Wednesday and new outbreaks seen in Asia, Spain and Australia.

Now the pressure has turned to the fiscal side and chances for disappointment are high as Democrats and Republicans are nowhere close to a deal. Both parties are struggling to find common ground and with millions of jobless Americans facing the expiration of their $600 a week unemployment benefit, any further delay could lead to serious economic shocks. We still believe that both parties will eventually come to an agreement, but the more compromised the agreement is the more pressure it will put on market sentiment.

Asian equities traded mostly higher this morning and European equities are expected to show slight gains. However, with US futures turning negative after yesterday’s strong performance, these may not hold. There are a lot of earnings releases from Europe and the US today, but the most watched results will be from the four Big Tech names Amazon, Apple, Alphabet and Facebook who report after the market closes. Those companies, including Microsoft, have been the major force driving US equity indices higher, so expect to see a lot of volatility in the next 24 hours.