Airbnb IPO not destined to be pushed back like WeWork, Wall Street sentiment crucial ahead of launch 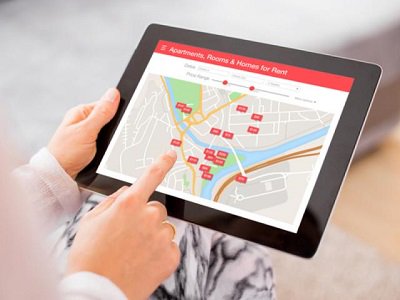 The postponement of the WeWork IPO has continued to run as a major theme into the end of September. The shelved public listing has occurred at a similar time to the announcement that Airbnb is targeting a public listing for 2020, but it initially been met with curiosity that the fate of this launch will meet a similar path to WeWork. Although I don’t see the two cases as similar.

While the public offerings of other popular firms that emerged as a result of the boom in the technology sector, such as Uber have underwhelmed there shouldn’t be an association that a path of disappointment is ahead for when Airbnb goes public.

For one, the firm gets praise for its limited capital expenditure and that it has been profitable for the past two years running (2017 and 2018) with earnings before interest, taxes, depreciation and amortization (ebitda). With a valuation of $35 billion and $3.5bn of cash in reserves, rules out the possibility that its decision to go public is because the firm desires capital.

The growth of the business beyond the household brand that has been developed is equally as impressive. Annualised results for Q1 2019 show that its bookings grew by 31% to a value of $9.4 billion. These are all impressive readings and the incentive behind its decision to launch is related to the expiration of share offerings to its employees.

All of the above bode well for transparency. A novelty that investors cannot always enjoy when researching the state of the business in private companies, although there are some obstacles for Airbnb ahead. Regulation has been one of the sticky points for short-term rentals and this issue will pick up more momentum ahead. If those who rent out properties are in the future restricted to similar durations at the 90-days per year recently imposed in major cities (San Francisco) or required to provide more documentation on their earnings this risks placing a cap on the headlines that Airbnb has managed to reach 4 million listings in 191 countries worldwide.

There were several issues at WeWork that dampened investor sentiment. There wasn’t confidence that it was a profitable company, which served to raise even higher eyebrows when it declared a valuation above $40 billion. Its cost-base business model, which essentially underscores how much WeWork are required to invest to maintain the upkeep of its assets also weigh into how investors analyse its business model.

The timing of the WeWork launch, in hindsight is another matter that investors had to take into account. The OECD only revised global growth forecasts for 2019 to 2.9% last week, which is the lowest level of world growth since 2009 and doesn’t bring an aura of favourability to the commercial real estate sector.

When an economic slowdown occurs, it is only natural that a business will desire to keep their costs lower and this represents a cloud over the commercial real estate sector. WeWork offers attractive and flexible conditions for its tenants, but the impact a global downturn could bring to the commercial real estate sector, and whether it encourages corporations to pullback on costs is something that risks questioning the lifespan of WeWork customers.