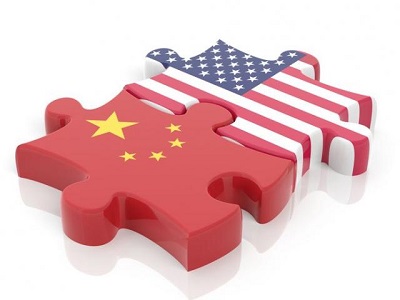 Asian stocks and currencies are mixed leading up to the long-awaited signing of the limited trade deal between the US and China, amid concerns that major differences are set to persist between the two economic giants. Hours before the trade deal is formalised, investors were met with headlines about potential plans by the US administration to block exports to Huawei, coupled with media reports that any further tariff relief affecting $360 billion worth of Chinese goods shipped to the US may only go into effect after the US Presidential elections in November.

With the optimism surrounding the US-China “phase one” trade deal largely priced in, risk assets may be triggered into a knee-jerk reversal if the released details from the signed trade deal underwhelm investors. Still, considering the diminished prospects of a tariff escalation between the US and China, the global economy is expected to enjoy some measure of relief in 2020 after having weathered heightened trade tensions over the past two years. Should the macro data over the coming months point to a meaningful recovery in economic conditions worldwide, that should encourage further upside for riskier assets, with emerging-market assets poised for gains under such risk-on circumstances.

The US Dollar has seen a year-to-date decline against most Asian currencies, but has strengthened against all of its G10 peers so far in 2020. Although the Dollar index (DXY) remains above the psychological 97.0 handle at the time of writing, the DXY is still expected to ease over the coming months, having posted lower highs and lower lows since October, as investors with heartier risk appetites expand their reach into the markets.

Over the near-term, a better-than-expected print in the December US retail sales figures should also buffer the DXY’s presence above the 97.0 mark, as consumers Stateside continue propping up the economic growth momentum. Further support for the Dollar index may be derived from the waning Pound, amid rising expectations that the Bank of England could lower interest rates this quarter.

Gold prices have come off overbought levels and are finding a more sustainable footing around the mid-$1500s for the time being, with investors eager for details surrounding the expected rollback in tariffs. Bullion is expected to ease further as long as risk-taking activities can continue in the markets unperturbed while the global economy attempts to take advantage of thawing US-China trade tensions.

Brent is finding its immediate support at $64/bbl, with concerns over the US-Iran conflict now phased out and with investors having mostly priced in the US-China “phase one” trade deal signing. However, key details from the agreement that could significantly alter the outlook on global demand may yet hold sway over Oil’s performance, whereby further indications over the dismantling of tariffs could spell more upside for Oil prices.