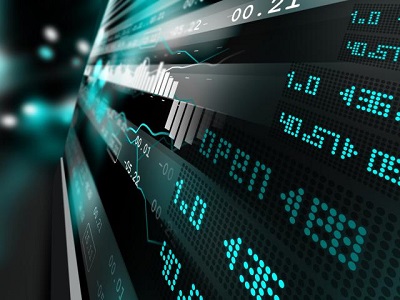 Three weeks into the new year and equity bulls remain well in control. Wall Street continued to post new all-time highs with the S&P 500 up more than 3% year-to-date. Meanwhile, in Europe, the Stoxx 600 managed to break above recent resistance to close at a new record high on Friday.

Several factors have played a role in this bull run, including the US-China trade deal, better than expected economic data from the US and China and most importantly, the addition of short-term liquidity to the financial system by the Federal Reserve.

While it makes sense to be worried about high valuations in equity markets, as long as monetary policies remain loose, bond yields stay relatively low and economic data remains solid, we can still see further gains in global equities.

One ingredient that has been missing in the bull run is corporate earnings. The S&P 500 is expected to report its fourth consecutive quarter of year-on-year earnings declines, but many observers hope that Q4  will mark the end of the US earnings recession. Equity analysts are anticipating  4.3% earnings growth for Q1 2020 and for this to improve significantly in the quarters ahead, to reach 15% in Q4 2020. Given that markets are forward-looking, the recent weakness in corporate profits has been ignored.

Currency traders will be more interested in central bank meetings this week as The European Central Bank, Bank of Japan and Bank of Canada all hold their first monetary policy meetings of the year.

The ECB rendez-vous will likely be the most interesting one as new President, Christine Lagarde, launches only the central bank’s second strategic review in the euro’s two decade history. However, we do not expect to see any changes to interest rates or asset purchase program.

The BoJ and BoC are also expected to keep policy unchanged, given that the recent easing in trade tensions and improvement in economic data will buy them some time, before deciding on whether further rate cuts are required. That said, the tone of the statements may still have an impact on their currencies.

Oil was the only asset class that saw significant moves early Monday. Brent was more than 1.2% higher at the time of writing, after two production bases in Libya were shut down. Although markets seem to be well supplied, such events remind investors that geopolitical risk remains an important factor in oil pricing. It is estimated that 800,000 barrels of crude supplies have been halted and if they don’t return fast, we may see a further rally in the days ahead.