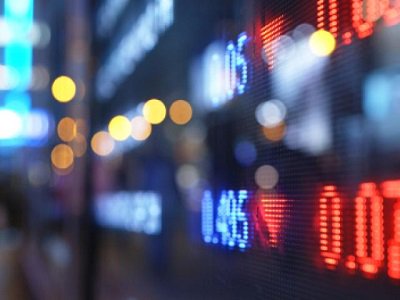 Asian equities are following US stocks lower, after US President Donald Trump once again adopted a confrontational tone in addressing the US-China trade imbalance. Such rhetoric fuels market caution, adding to the sense that a US-China trade deal remains far from imminent, even as negotiations are underway in Shanghai.

The tepid prospects of a US-China trade deal in the near-term have prevented meaningful gains in riskier assets, including most Asian currencies. Besides developments surrounding the US-China trade conflict, Asian currencies will also be subjected to the Dollar’s path post-Fed rate cut, both of which have contributed to a subdued outlook for regional currencies.

Despite the dovish tones out of the Federal Reserve, the Dollar index (DXY) has swatted its naysayers aside, as it remains above the 98 psychological level at the time of writing. With the crucial Federal Reserve decision due overnight, markets are betting that US interest rates will not be lowered by more than 25 basis points.

Investors around the world will be eagerly awaiting whether the Federal Reserve will affirm market expectations and deliver its first rate cut in a decade, which should also set the tone for policy easing out of other major central banks. The Dollar’s gains have been reinforced by US economic fundamentals, given the still-healthy consumer spending levels while inflation is ticking towards the Fed’s two percent target. Should the Fed deem it sufficient to just incur one “insurance” rate cut, which has been fully priced in by the markets, that could help justify the Dollar’s recent advances.

Although the Pound managed to bounce off the 1.212 level against the US Dollar at the time of writing, the weakening bias for GBPUSD remains clear amid intensifying concerns over a no-deal Brexit. With just three months remaining before the October 31 Brexit deadline, the hardline stance employed by new UK Prime Minister Boris Johnson has done little to assuage concerns that the UK will avoid crashing out of the EU without a deal.

The backdrop of deteriorating global growth may exacerbate the projected economic turmoil that comes with a hard Brexit. Such a worst-case scenario could well send the Pound below the 1.20 level against the Greenback. The Pound’s only hope for a sustained climb is for either PM Johnson or EU officials to creak open the door towards renegotiating the Brexit deal, although such a scenario appears elusive at the time of writing.

Gold and Oil prices have advanced despite the Dollar’s resilience, with Bullion trading above $1430 at the time of writing while Brent futures have breached $65/bbl for the first time in two weeks. Gold prices could see more upside in the near-term, should markets look past the Fed and focus on the waning global growth momentum, especially considering that revived US-China trade talks have so far yielded naught.

Oil bulls can take heart from incoming monetary policy stimulus that should help shore up global economic activity, and in turn support demand for Oil. Still, the risk remains for Oil to unwind recent gains should the support from global central bankers be deemed insufficient in staving off economic headwinds.