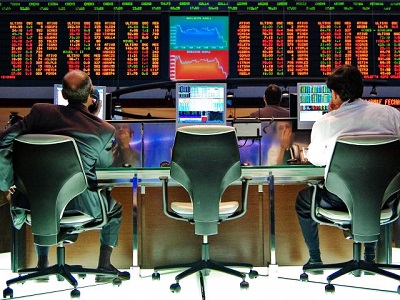 Asian stocks are mostly lower today, apparently taking a breather from the 3.7 percent climb over the past three days and unable to keep pace with their US counterparts that are sitting pretty on new record highs. The MSCI Asia Pacific Index still remains about two percent lower compared to its year-to-date high, which was marked on January 20. US stocks futures are in the red at the time of writing. Meanwhile, most Asian currencies are weaker against the Dollar, as investors continue fretting over whether the coronavirus outbreak could derail Asia’s economic trajectory.

Despite the surge in equities, the coast isn’t all clear. Lingering concerns among some investors are evident, judging by the price action in safe haven assets: Gold is advancing towards the $1570 psychological level, still up by 3.4 percent so far in 2020, while US 10-year Treasury yields remains some 15 percent lower compared to the start of the year. Investors have good reason to remain cautious considering that the recovery in global economic conditions remains patchy, with downside risks still featuring prominently on investors’ radars.

With so much uncertainty still around the coronavirus outbreak, especially about its implications on the global economy, perhaps investors are getting complacent about the severity of the total economic toll, hoping that monetary and fiscal support can come to the rescue. While stocks may continue riding on such hopeful sentiment, other assets such as Asian currencies and major commodities may be more reflective of the economic fundamentals, as the outbreak remains a major negative risk.

Dollar rises on expected resilience in US jobs market

The Dollar index (DXY) surged to its highest since October, breaching the 98.5 level before moderating slightly, as investors await the January US non-farm payrolls data. Markets are currently pricing in a print of 165,000 new jobs added last month, building on the recent rise in US consumer sentiment and the return-to-expansion in US manufacturing. As the US economy continues demonstrating to the world that its foundations are strong enough to potentially offset downside risks, that should serve as a platform for more Dollar gains, with the DXY boasting more headroom before it enters overbought territory.

Brent futures are settling around the mid-$50/bbl region, after Russia agreed to the OPEC+ Joint Technical Committee’s recommendation for an output cut of 600,000 barrels per day through June. More OPEC+ output cuts may just be the only thing that could help stem Oil’s slide, especially if the coronavirus outbreak deals a larger-than-expected blow to the Chinese economy. Even as major Oil producers intervene by tightening the supply taps, it remains to be seen how much it can offset the still-uncertain drop in demand stemming from the coronavirus outbreak, a conundrum which may cap Oil’s upside.