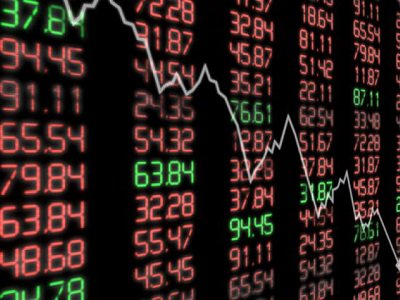 Asian stocks are in the red after US equities fell amid rising concerns over US-China trade tensions. Media reports claiming that China is expressing doubts about a “comprehensive, long-term” trade deal with the US come as both economic powerhouses prepare to sign a “phase-one” trade deal later this month.

Safe haven assets are gaining, with Gold back above the $1500 as it climbed past its 50-day moving average, while the Japanese Yen strengthened 0.75 percent to now trade around the 108 level versus the US Dollar. 10-year US Treasuries yields have fallen below 1.70 percent for the first time since October 15.

The market’s response to the recent trade-related headlines once again lays bare the underlying jitters among investors, who are prone to risk aversion when reminded of the protracted conflict. The US-China truce is not yet on solid ground and it remains to be seen whether the official signing of the limited trade agreement will actually lead to substantially improved ties between the world’s two largest economies.

Even if the “phase one” deal is signed, global economic conditions may not be fully restored as long as existing tariffs remain enforced and continue exerting downward pressure on the worldwide economy. Considering the lingering concerns over the state of the global economy, safe haven assets should remain broadly supported, while the upside for emerging-market assets appear capped for the time being.

Dollar drops ahead of NFP print

The Dollar index (DXY) has fallen below the 97.3 level, having sealed its biggest monthly decline since January 2018, as investors await the October US non-farm payrolls data. With markets forecasting a print of 85,000 jobs added last month, a significant contrast between the official figures and investors’ expectations could prompt the next major move in DXY.

The US economy has now become more reliant on consumers as its primary growth driver, amid expectations that its manufacturing sector remained in contraction territory for a third consecutive month in October. With Fed chair Jerome Powell estimating that risks to the US economy have subsided, investors will be holding policymakers to their data-dependent stance with greater fervor. A sudden deterioration in economic conditions could yet prompt the FOMC to resume its policy easing, even though Powell insists that US monetary policy is in a “good place” now, having already made three 25-basis-point cuts to US interest rates this year.