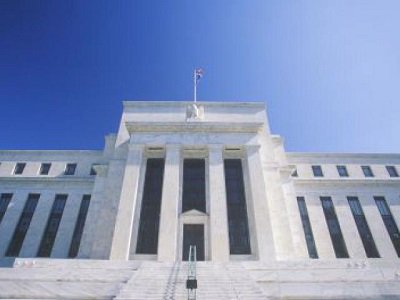 Asian stocks are mixed after US stocks came off record highs, as investors await the Federal Reserve’s latest policy decision and forward guidance. Safe haven assets have also been trading sideways mostly, with Gold not straying too far from the $1500 psychological level, while the Japanese Yen remains below 109 against the US Dollar.

The Dollar index (DXY) is currently steady around the mid-97 levels, as markets await Fed chair Jerome Powell’s forward guidance, sandwiched between the release of US Q3 GDP data and the October non-farm payrolls report. With Fed funds futures already forecasting a 95 percent chance of a third consecutive 25-basis point cut to US interest rates, Powell’s remarks are set to have a bigger influence over the markets rather than the FOMC decision itself.

Should Powell signal a “hawkish cut”, whereby the Fed deems the US economy as having sufficient “insurance” after this month’s 25-basis point adjustment, that could propel DXY back above the 98 psychological level. However, if the door is left wide open for more US rate cuts going into next year, that would disappoint investors who are currently betting that the Fed will leave its policy settings unchanged for the December FOMC meeting.

The upcoming Q3 GDP and jobs report could also further garnish the Dollar’s moves this week, as investors ascertain whether the economic data will either raise or lower the bar for more Fed rate cuts.

News of the upcoming UK elections didn’t offer markets enough reason to break GBPUSD out of the 1.28-1.29 range for now. Over the next six weeks, Sterling could still reflect the political nuances out of the UK as investors try and pre-empt the outcome of the December 12 polls.

Ultimately, investors will be filtering the elections through the Brexit prism, hoping that the world can gain conclusive clarity to this saga that has dragged on since 2016. It remains to be seen how the various political parties position themselves during the campaigning period, who has the better chances of winning and potentially having the final say on Brexit. However, with a no-deal Brexit now seemingly off the table, that suggests that Sterling’s downside is limited, barring any sustained rally in the US Dollar.

Brent futures have climbed more than 3.5 percent so far this month and made their way above the 100-day moving average, taking advantage of the softer Dollar. Oil prices have been buoyed by expectations that OPEC+ will have to enact deeper supply cuts in December, as well as optimism surrounding a US-China trade deal. Should any of these hopes prove unfounded, Brent is likely to give up recent gains as investors refocus on further signs of waning global demand and rising US stockpiles. In the event that the Fed signals a “hawkish cut”, subsequently prompting a bout of Dollar strength, that could add to the downward pressure on Oil prices.