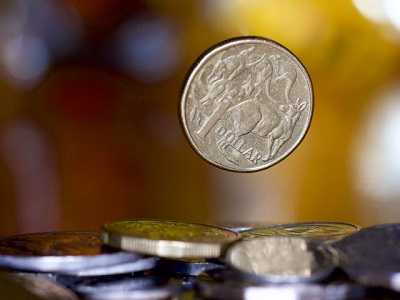 It posted a seven percent quarter-on-quarter contraction in Q2, its steepest-ever plunge, and was one percentage point worse than what markets had expected. This latest GDP reading follows the minus 0.3 percent q/q print in Q1. Two consecutive quarters of quarter-on-quarter GDP declines meet the criteria for a technical recession.

In the hours leading up to the GDP release, AUDUSD had been paring back its recent gains and fell by as much as one percent from its latest two-year high, with the 0.741 mark last seen in August 2018. The Aussie has taken a pause so far in September, after posting five straight months of gains versus the Greenback. The breather is allowing its 14-day relative strength index to moderate from the 70 mark, which denotes overbought levels, before potentially resuming its quest to claim the 0.75 handle. However, a break below 0.73 could call upon the 0.71 mark to intervene with stronger support, although such a scenario appears less likely, barring a sudden burst of USD strength.

Keep in mind that the currency pair had strengthened nearly 20 percent since March 31, making the Australian Dollar the best-performing G10 currency since Q1. Perhaps of more significance for Aussie traders, back in June, AUDUSD was able to break out of its long-term downward trend since 2018. The fundamental picture appears to justify the gains over recent months. Given that the Aussie is seen as a liquid proxy to the Chinese economy, the post-pandemic recovery in the world’s second largest economy has fuelled gains in the AUD. The currency has also enjoyed tailwinds from the recovery in commodity prices since Q2, along with attempts to restart the Australian economy. Such a context has made for a condusive environment for the AUD to take advantage of the weaker US Dollar. The greenshoots in Australia’s economic recovery had also been enough to allow the Reserve Bank of Australia to adopt a less dovish earlier than some of its G10 counterparts, while keeping the cash rate target at the record low of 0.25 percent.

Still, at the September RBA meeting just yesterday (Tuesday), policymakers decided to boost a key feature of its support programme in order to offset the downside risks to the Australian economy. The resurgence of cases in the Victoria has curtailed Australia’s recovery prospects, although restrictions to economic activity in Australia’s second largest state are expected to be eased in the middle of this month. Once Australia’s post-pandemic journey resumes, that may pave the way for more Aussie strength, barring any intervention by the RBA.