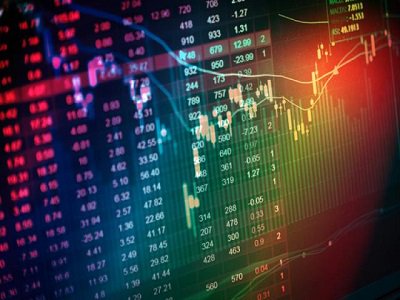 It has been a positive day for the Australian dollar today as the markets were buoyed by increased risk sentiment. Clearly markets have been enjoying the strong USD over the last few weeks, but are looking to expand their horizons and the Australian dollar has come back into focus as a result. There are no major economic events as well in the coming week, so this is certainly a case of traders looking to take on more risk as of late. One of the large factors for this could be the positive labour figures we saw last week, and while the unemployment rate lifted by 0.1%, so did the participation rate to offset this, show casing that Australians are more upbeat about their economy and are looking to head back into the work force. So with risk sentiment finally positive the AUDUSD has lifted sharply on the charts breaking through resistance at 0.7546 as traders are very positive. With such a strong breakthrough it's likely that markets will be looking at the key resistance level at 0.7638 to see if the bulls really do have it in them to reverse the significant declines we've seen recently. Above 0.7638 and the next level is 0.7751 which would be a hard ask as the 200 day moving average is likely to sit just around or below that level by the time it reaches it. On the flip side, and if risk sentiment wanes, then the bears are likely to target 0.7472 to see if it can be broken through. However, despite all of the bullish sentiment the AUDUSD has started to trend lower as can be seen on the weekly chart, and it's now a case of if this bullish sentiment can be maintained.

One of the key speakers today on the economic news circuit was the head of the FED for Atlanta, who was upbeat on the current progress of the American economy. Highlighting that inflation is likely to touch the 2% level and that the American economy is close to full employment, or at that stage already. For me the upbeat rhetoric from FED officials points to a rate rise in June as priced in at 100%. It would be a market shock if that was not the case, and as a result further rate rises in the future also look on the cards. One of the weakest indexes to this is of course the S&P 500 which is quiet high and offering lower rates at present. Right now the S&P 500 has hit some serious resistance at 2741 and is not looking to move at all. This is likely to hinge on NAFTA and the China deals that come about from the Trump administration, as the rate rises and Tax cuts are already priced in, so the real mover is either economic data or the above economic events. In the interim with the market slightly more buoyed I would like to watch the 100 day moving average acting as dynamic support in the market with 2699 acting as the level below this. If markets do breakout then 2787 is likely to be a hard level to beat, but a key area for traders to target during uncertain periods.