AUD/NZD is trying to touch the sky

As we have already mentioned, the RBA left the interest rate at the level of 1%. The statement said that ‘the Board will continue to monitor developments, including in the labour market, and ease monetary policy further if needed to support sustainable growth in the economy and the achievement of the inflation target over time’. This time, verbal intervention did not help the AUD/USD strengthen in the short term. According to Reuters, markets expect that there is the probability of an interest rate cut to 0,75% in October. The irony is that markets are set up to follow rumours and expectations. Thus, if RBA even cuts the rate by 25 bp, it will not affect the AUD. Anyway, the situation of the AUD/USD pair favours the bears. The Australian dollar is in deep knockdown and the next reliable target for the price will be 0,65000.

At 01:30 GMT on Wednesday, Australian released its Q2 GDP. The forecast of +0,5% is better than the previous result. Consumption in the second quarter almost remained stable (Australian retail sales rose in June by +0,4%). As we have already noticed, trade balance rocketed. Reuters stated on Tuesday that according to the Australian Bureau of Statistics, investment in assets made by the government and public enterprises fell 2,3% to 22,51 billion Australian dollars. Hence, we think that the result is going to be slightly lower than expected.

New Zealand’s economy depends on prices on dairy products. Global dairy trade price index comes out today at 14:30 GMT. If GDT goes up it may help the NZD.

RBNZ is to take the decision on September 25th.

The AUD/NZD is testing its resistance line (1,07000 level). We expect the Australian currency to reverse. One should open short positions only when the pair breaks its support level at 1,06500. In this case, the target will be 1,06000.

Indicators are moving up. The Williams %R is in the overbought zone, the MACD lines and the Parabolic SAR are rising. We recommend that you wait until the indicators confirm the price reversal. 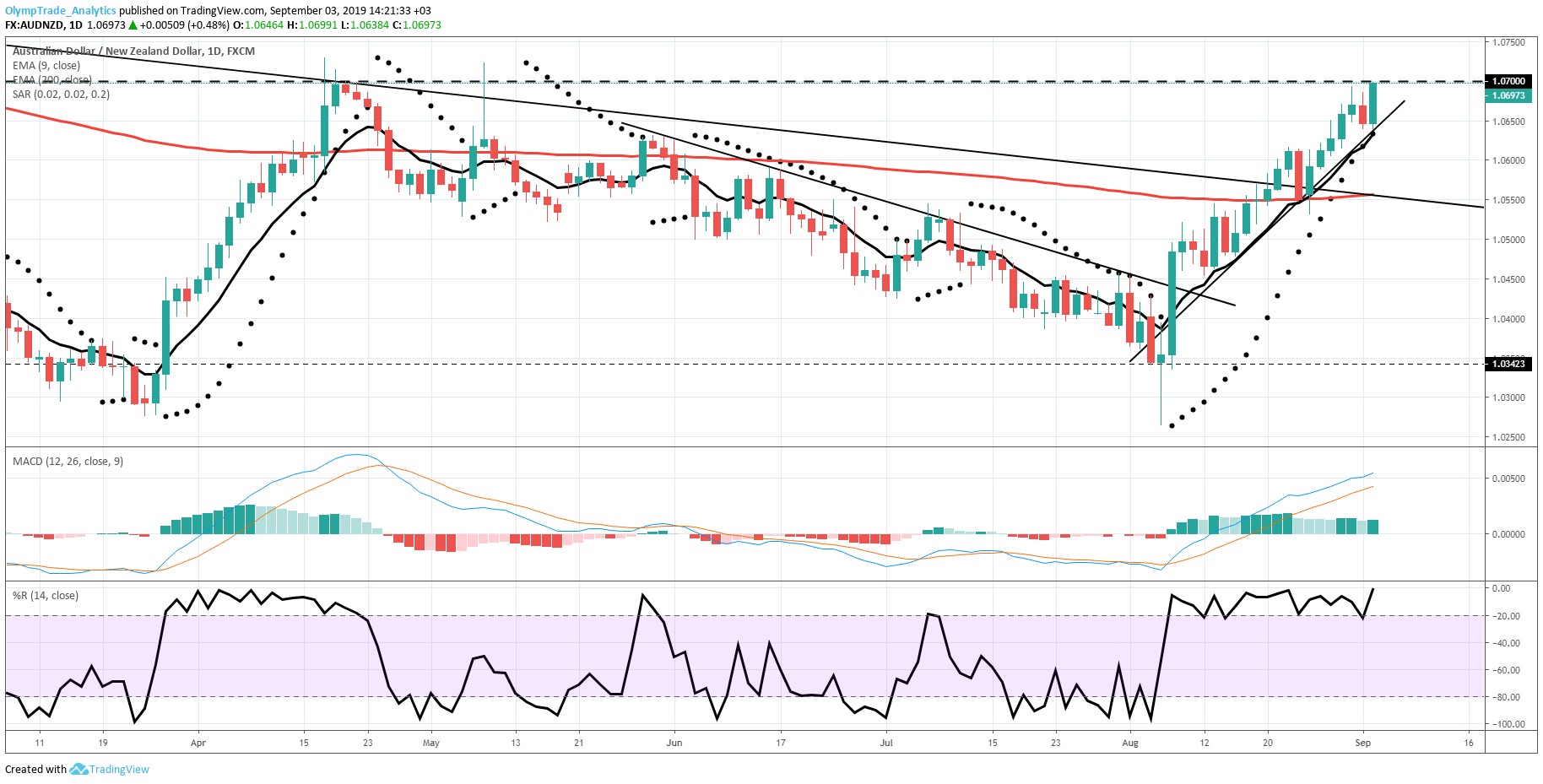