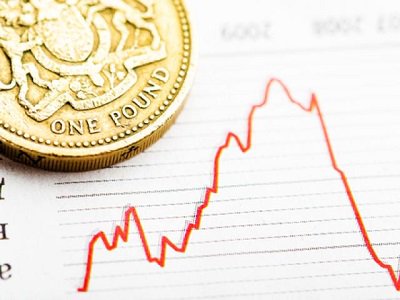 Sterling weakened to a three-year low on Tuesday to trade below $1.20 as Prime Minister Boris Johnson threatened his own Tory MPs with deselection if they vote for a law to delay Brexit beyond October 31. However, his threats didn’t stop Tory rebels from acting against his will. The government lost the vote by 328-301 in a huge defeat to the Prime Minister. The Conservative Party no longer holds the majority as 21 rebels who voted against the government will be removed from the party.

Boris Johnson’s huge defeat provided some life to Sterling which recovered 1.2% from its lows to trade back above $1.21. The road from here is likely to be very tricky, especially if PM Boris Johnson takes the path towards a snap election. An early election may not necessarily provide a majority for the Conservatives, but it may still bring wild swings to the Pound with risks to the downside. However, Mr. Johnson needs at least two-thirds of MPs to vote in favor of one, and so far, the Labor party doesn’t seem willing to take this risk. If the opposition party manages to get Brexit delayed in the outcome of no deal, we can see Sterling recover further from here.

Wall Street kicked off September on the back foot as trade talks between the US and China didn’t show any viable signs of resuming. The Dow Jones ended Tuesday’s session 285 points lower while the S&P 500 declined 0.7%. The selloff in US stocks worsened after ISM data surprisingly showed that manufacturing activity contracted in August. This was the first time the index contracted since August 2016. With no timetable set up for trade talks and economic data pointing south, we may see further selloff in US and global equity markets as the risk of recession continues to rise, and that is likely to keep pushing US Treasury yields lower.

Gold continued to hover around its multi-year highs as investors seek further clues about the state of the global economy. So far, all indicators are bullish to Gold, whether it’s the trade dispute, falling bond yields, Brexit uncertainty or worsening economic outlook. Unless we see multiple factors improving from here, especially trade, there’s no reason for investors to sell Gold.