The Canadian dollar struggled to make any sort of traction today in the markets as the August GDP reading came in at -0.1% (0.1% exp). Many had expected that the Canadian economy would continue to see strong growth with the US economy picking up and oil prices starting to recover. However, it would seem it's not all good news and with the recent Bank of Canada announcement to hold rates the markets are now taking very kindly to these changes. The only boost here is that some of the US optimism might make its way into the Canadian market as US consumer confidence was a big winner today coming in at 125.9 (121.5), the more positive thing to take away is that the jump is quite significant when you account for the fact the previous months reading was 120.6. However, if you've been trading the USDCAD then the bulls are very much in favour as of late and are clawing back some of the ground it lost over the course of this year. 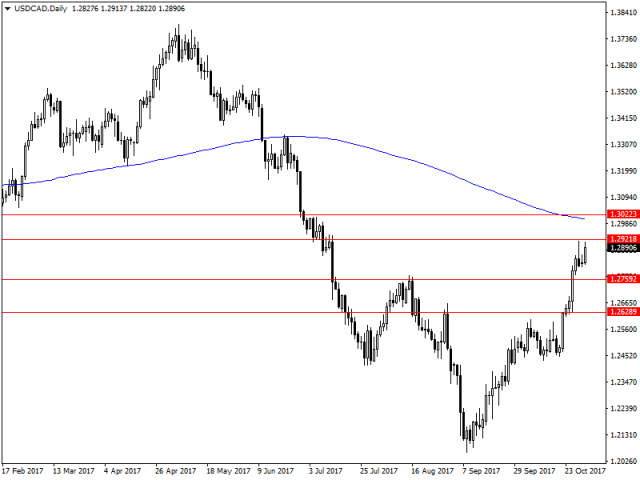 USDCAD traders always love a trending market and the bulls are looking to flex their muscles here in order to dominate the trading. This is of course being further compounded by the fact that the US economy continues to have periods of strength. USDCAD traders have so far jumped higher, but it would seem they are struggling at resistance at 1.2921 and the long term goal might be the more appealing 1.300 level which has been a key level for some time. If the USDCAD falters here I would expect to see it drift backwards down to support at 1.2759 and 1.262. There is also the 200 day moving average which is always a strong dynamic support/resistance level so USDCAD traders may also struggle to break 1.300 with it starting encroach on that area.

As I previously mentioned the US economy is having a good day with the potential tax bill being passed, which is expected to cause a large boom in corporate profits. Additionally, US consumer confidence has been very strong. The market will now be heavily focused on the upcoming data releases due out this week including, PMI and of course the usual Unemployment Claims data. Positive readings here could drive markets higher, but in particular could flow on strongly to the S&P 500 which is looking like it may run again with the bulls. 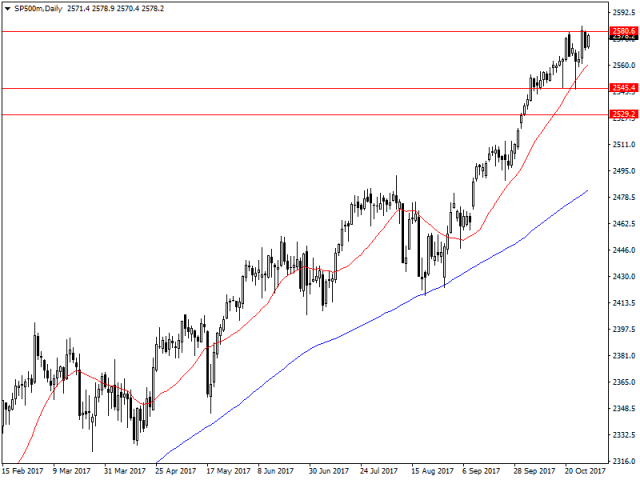 So far resistance at 2580 has held back the bulls movements higher, it seems likely that the bulls may look to have another crack despite the market jitters. Resistance though at 2600 is a big ask to break through unless we see the tax plan hit the floor in America and start to gain some traction. If we did see potential falls then 2545 and 2529 are likely to be the key area which support is found around, but thus far the bulls have looked potent in the market and expectations are large they will look to move higher again.