Catalan back down sends EUR higher

The Euro has rallied in later trading after waiting on to hear the speech from Puigdemont in the Catalan parliament in Spain. There had been concern from Euro-zone members that Puigdemont the president of the Catalan province may use the speech to declare independence from Spain which would have cause some major issues. However, he never went on to declare independence, but instead suspended the idea under the guise of further talks with Madrid. In all reality this is likely to end badly for Puigdemont in the long run as Spain is now holding a special cabinet meeting on Wednesday in order to deal with the issue. What is certainly clear though is that no EU leaders support such a move and after today's speech the Euro has rallied sharply on the belief that nothing more will come of this in the long run which could disrupt the Euro-zone project. 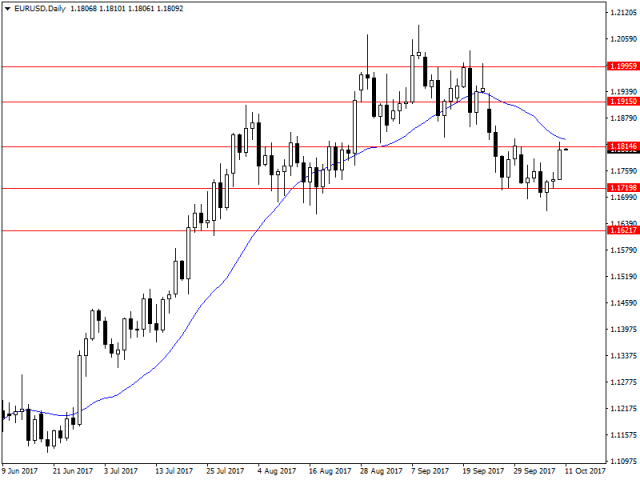 For the EURUSD traders tomorrow I expect they will be expecting a very strong response from Spain and I would expect the bulls to take full advantage of the situation to push the Euro higher. The EURUSD failed today to gain further ground, after touching resistance around 1.1814, as it waits on the Spanish government response. Further potential extensions are likely to target key levels at 1.1915 and 1.2000 in the long run. If the Spanish government is seen to be weak then I would expect support levels at 1.1719 and 1.1621 to come back into the fray, as the bears look to capitalise on the weakness. It's also worth paying attention to the 20 day moving average, but I expect that the market will be focused on fundamentals instead of technical's tomorrow given all that is happening in Spain.

Across the world in New Zealand and the  major political parties are currently going through negotiations with minor political parties in order to form a government after the most recent election. It's a case of demands from the minor parties as they hold the balance of power, and the uncertainty (much like Spain) has been weighing on the currency in the face of an active market. You only have to look at the AUDUSD which normally is a close mirror to the NZDUSD to see the deviation caused by political instability. So far the market is wondering which side the minor parties will go with, so much so that the NZD has not moved but this Thursday is meant to be an indicator of how things will go. 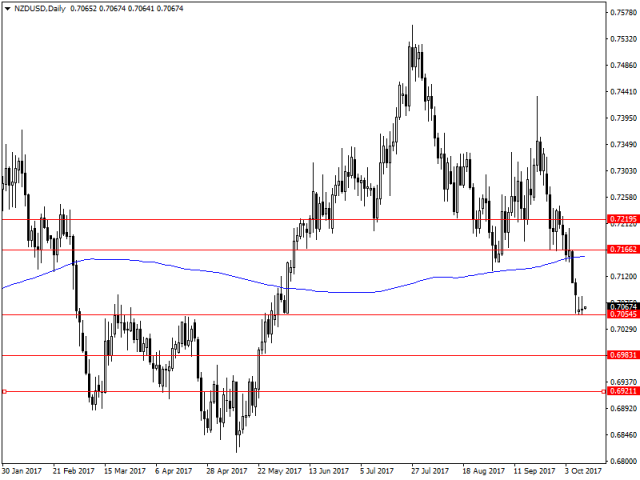 For the NZDUSD traders, the focus is on support at 0.7054 which is currently holding up further drops. The expectation is that a left-wing leading party gets into power then we could see further NZDUSD drops into the 60 cent range. With support levels at 0.6983 and 0.6921 likely to come under pressure. If we see a right-wing party come into power (which was the previous government) then the market will likely jump and put pressure on resistance levels at 0.7166 and 0.7219 respectively.