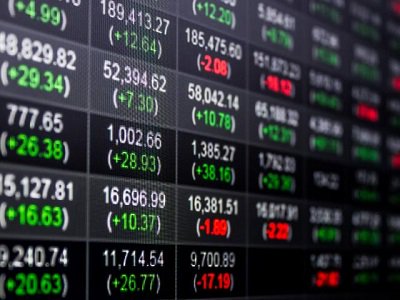 US equity markets have come under immense pressure today as the bears have taken a serious swipe. Adding pressure to this has been news that President Trump was looking to curb Chinese investment in tech companies that would have industrial sensitive technology, and look to impose measures on other investments from China. This and the on-going trade war look likely to see the two largest economies on the planet squaring off in a potential tit for tat battle, and the only winner could be the bears if things start to get really heated. However, there were some rays of light in the fact that US new home sales m/m lifted to 689K (667K exp), showcasing a nice bounce in the housing sector. The big mover today was of course equity markets, and the S&P 500 in particular was very bearish. Extending down to support at 2699 and the 100 day moving average, the bulls were able to find some ground to fight back and have since rushed in to stop further bearish momentum. However, after failing at resistance at 2787 the market continues to look bearish; today just further added pressure to that bearish sentiment. With the market likely to retest support at 2699, it's likely the target could potentially be 2664 where the 200 day moving average comes into play. Anything below this level would be seen as extremely bearish, and unless we see the trade war kick up another notch it's quite unlikely at present. In the event the bulls do make a comeback, then resistance at 2787 is likely to be the key level that bullish traders target.

New Zealand dollar bears got more to celebrate recently as the Reserve Bank of New Zealand (RBNZ)commented on the fact it believes that the NZDUSD continues to remain at elevated levels. With the NZD under pressure and the economy not doing very well, there is pressure for further falls in the exchange rate. The RBNZ is due to have an interest rate announcement this week, but markets are so far expecting policy to remain accommodative while it weathers the current downturn in the economy. So for the bears it presents further opportunity to strike given the recent economic downturn. With the NZDUSD under further bearish pressure markets are looking likely to target key support at 0.6856 and potentially 0.6819 as the major levels of support in this market. However, the bulls could come back into the market and make a push to 0.6966, with the possibility of going to 0.7045 in a positive economic scenario. All in all though it does look like the NZDUSD is under bearish pressure and is likely to remain unless something gives in either NZ or the US.