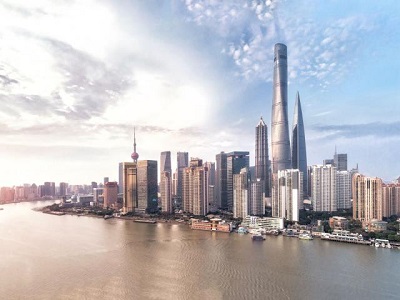 Chinese stocks are advancing on Tuesday morning, with the Shanghai Composite Index and the CSI 300 erasing losses from today’s open, after the world’s second largest economy posted a slate of better-than-expected data for August’s industrial production, as well as investments in fixed assets and property. Retail sales officially returned to positive territory with a 0.5 percent growth compared to August 2019; its first on-year expansion so far this year. The Chinese Renminbi is now at its strongest versus the US Dollar in over a year, trading on the stronger side of 6.8 psychological level for the first time since May 2019.

Such data underscores the notion that China is making further inroads into the post-pandemic era, adding another dimension to the recovery in the world’s second largest economy. Industrial production has been recording on-year gains since April, and a resurgence in domestic consumption could further buffer China’s role in leading the world towards relegating the pandemic’s ill effects to the past. This also shows that a firm grip on the outbreak is paramount before any economy can boost its recovery prospects. Hong Kong’s Hang Seng index also counts itself among the few gainers in Asia. If this holds at the close, the benchmark would post its first 3-day run of advances since early July. The HSI50 is now testing its 100-day simple moving average, which is now acting as the immediate resistance line, even as the index is squeezed into a triangle pattern.

Asian stocks are broadly mixed, as it struggles to maintain the strong start to the week. At the time of writing, Japan’s Nikkei 225 has erased Monday’s advances, as the benchmark’s quest to return to year-to-date growth appears to have stalled. The Nikkei 225 remains some 1.3 percent lower so far in 2020. Despite Japanese stocks having the biggest weightage by country on the MSCI AC Asia Pacific index, 34.09 percent to be more precise, the benchmark for regional equities has still managed to post a year-to-date gain of over one percent, powered on by Chinese stocks which account for 26.42 percent of the overall index. Despite the selloff earlier this month, Asian stocks were able to bounce off the MSCI index’s 50-day moving average and to remain in the green so far in 2020.

Still, there are several key events that could sway global sentiment over the coming days. The Fed’s policy decision and Fed chair Jerome Powell’s press conference, slated early Thursday morning before Asian markets open, could have a major say over how markets perform. Should investors get further assurances that the US monetary policy will maintain its ultra-accommodative stance, that could allow investors to continue nibbling at riskier assets. US equity futures are pushing slightly into the green at the time of writing, suggesting further gains at the New York open.