Dollar could get lift from stronger-than-expected US GDP print 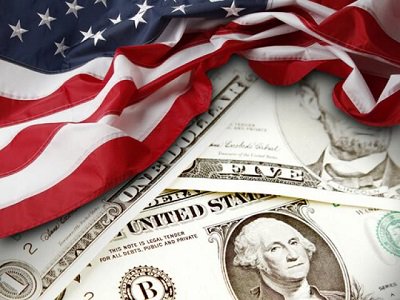 Most Asian currencies are set to end the week on the back foot against the US Dollar, with the Dollar index (DXY) having gained about 0.7 percent so far this week. The Greenback has been whipsawed of late by shifting market expectations over the scope of next week’s widely expected Fed rate cut. Despite the dovish rhetoric employed by the Fed, the Dollar index has shown remarkable resilience, recovering from sub-96 levels in late June to now be within touching distance of the 98 mark.

A better-than-expected US Q2 GDP print due Friday could be another stepping stone for DXY to embrace the 98 handle for the first time since May. The Greenback is expected to remain fundamentally supported by the US economy’s resilience compared to its major developed peers. This is especially in light of ECB President Mario Draghi’s admission that the EU economic outlook is getting “worse and worse”.

The Euro hit a fresh two-year low only to recover sharply after the European Central Bank paved the way for an interest rate cut later this year. Although the ECB left interest rates unchanged at the July meeting, at the time of writing, markets are pricing in an 84.7 percent chance of a 10-basis point cut to interest rates in September.

At already a record low of minus 0.4 percent, investors will wonder if pushing interest rates further into negative territory will be enough to sustain the EU’s economic growth momentum. More stimulus, such as a revival of the ECB’s bond-buying programme, may be required to ensure the EU’s economic conditions do not capitulate in the face of persistent global headwinds.

Should market grow increasingly expectant of a larger-than-expected stimulus package for the EU economy in September, accompanied by worsening economic data in the interim, that could open a path below 1.10 for EURUSD. The dovish language employed by Draghi should hearten Euro bears, as the rate-cuts chorus among global central bankers grows louder.

Boris vs. Brussels in Brexit bog

The Brexit impasse has already reared its ugly head, just days into Boris Johnson’s tenure as UK Prime Minister, as European Commissioner Jean-Claude Juncker rejected Johnson’s suggestion for any changes to the existing Brexit deal. The deadlock appears to solidify market concerns over the prospects of a no-deal Brexit, keeping the Pound rooted around the 1.24 mark against the US dollar.

Investors will be looking for signs as to who will break first - Boris or Brussels. Should both sides stick to their guns and a no-deal Brexit materialises, that is set to trigger a fresh round of risk aversion in Q4 while dragging the global growth outlook lower going into 2020.