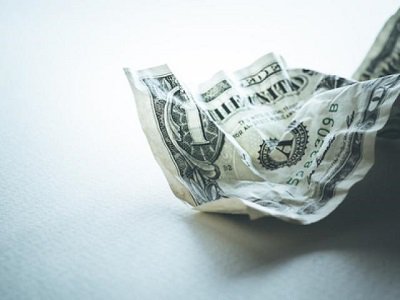 It was already shaping up to be a negative trading week for the Dollar as easing trade concerns dented the currency’s safe-haven appeal.

Buying sentiment towards the Greenback deteriorated further on Thursday following reports that the US and Canada are unlikely to reach a breakthrough on NAFTA talks this week.  Although the expected uncertainty may support the Dollar, investors seem more concerned about how NAFTA developments may impact the US economy. The initial optimism over the United States having less to lose from trade tensions seems to be wearing off, and this remains one of the factors behind the Dollar’s depreciation. If trade disputes result in slower US economic growth, King Dollar could easily lose its safe-haven status, consequently resulting in further downside.

In regards to the technical picture, the Dollar Index turned bearish on the daily charts after prices tumbled below the 94.00 support level. The classical head and shoulders formation on the daily charts suggest that bears are back in town with the 93.50 acting as the first level of interest. 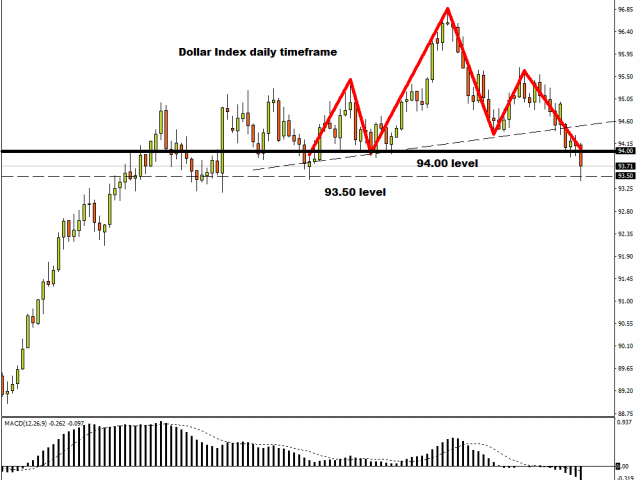 While the argument for bulls to make a return could be based on the Fed raising interest rates next week, the hike has already been heavily priced in. The Dollar Index remains at threat of sinking towards 93.00 if the central bank expresses concernS over trade tensions impacting growth.