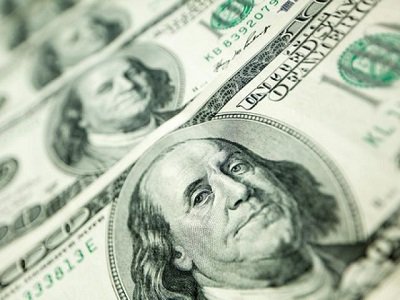 King Dollar was a step closer to losing its crown yesterday after Federal Reserve Chairman Powell reiterated the Fed’s ‘patient’ policy mantra during his Congressional testimony.

Although Powell delivered an encouraging assessment of the economy, he did acknowledge the multiple headwinds both domestically and externally. A string of disappointing economic reports from the United States have triggered concerns over growth prospects, while geopolitical risks and fears of plateauing global growth are compounding the uncertainty. With a ‘patient’ and ‘flexible’ Fed likely to leave interest rate unchanged for an extended period of time, the Dollar remains vulnerable to downside shocks.

The Greenback’s negative reaction to Powell’s testimony was quite interesting, given that his comments were old news with no fresh insight provided. I see this reaction as an early signal for increased Dollar sensitivity to remarks from Fed policy makers and economic data. All in all, it does feel like Dollar bulls are running on borrowed time and this continues to be reflected in the Dollar’s price action.

Taking a look at the technical picture, the Dollar Index is under increasing pressure on the daily charts. A solid breakdown and daily close below the 96.00 support level is seen opening a path towards 95.70 and 95.50, respectively.

Global risk appetite is likely to receive a solid boost if talks between US President Donald Trump and North Korean leader Kim Jong Un end on a positive note. It must be kept in mind that stock markets still remain influenced by US-China trade developments, global growth concerns and other geopolitical risk factors. Any fresh news on the trade front or rising geopolitical risks will play a role in where global stocks close this week.

The British Pound was an unexpected champion across currency markets yesterday as expectations mounted over a delay in Brexit.

A promise from UK Prime Minister Theresa May for a vote to delay Brexit if her deal is rejected came as a breath of fresh air for investors. While the Pound is likely to extend gains amid the current optimism, the question if for how long? It is quite frightening how sensitive and explosively volatile the Sterling has become to Brexit headlines, and this is likely to intensify as the March 29 deadline looms.

Focusing on the technical perspective, the GBPUSD is heavily bullish on the daily charts. The daily close above 1.3200 has opened the gates towards 1.3310 in the short to medium term.