Dollar to be depressed over rosier global economic outlook? 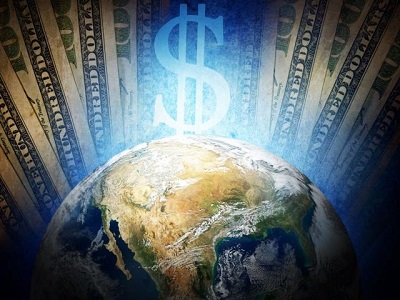 The Dollar will be on focus as investors digest a slew of fresh insights into the state of the global economy. The Dollar Index’s (DXY) support level at 95.7 has proven its worth for the time being, as prices rebounded off that line like it did in June, to climb back up towards the 96.0 psychological level at the time of writing. However, should markets feel more optimistic about the world’s ability to recover from the pandemic, based on today’s economic releases, a sustained presence below 95.7 could eventually carve a path towards the next support level at 94.6 on the daily timeframe.

Meanwhile, China is showing the world its way past the economic pains of the pandemic.

In the second quarter, the world’s second largest economy posted a positive surprise with a stellar 3.2 percent year-on-year expansion, which exceeded market expectations, while also standing in stark contrast to the 6.8 percent year-on-year contraction in the first three months of 2020. China’s June industrial production climbed by 4.8 percent, in line with market forecasts. However, domestic demand has yet to find a firm footing, as June’s retail sales contracted by 1.8 percent. Still, the retail sales data suggests that the worst is now over, and domestic consumption should eventually be restored to growth, aided by the support from policymakers.

Global investors will next turn their attentions to the European Central Bank’s meeting today. While the ECB is not expected to make any major adjustments to its policy settings, its conveyed outlook on the continent’s economy however could have a major say on market sentiment, perhaps even feeding into the Dollar index’s performance. Keep in mind that the Euro accounts for 57.6 percent of the Dollar index, which means the Euro holds a large sway over DXY.

The US weekly jobless claims, which have taken on greater significance amidst the pandemic, is set to emphasize the plateauing recovery in the US jobs market. To be clear, there have been very encouraging but nascent signs that the world’s largest economy is slowly finding its feet in the post-pandemic era, from the non-farm payrolls reports of the past two months, to yesterday’s better-than-expected June industrial production data.

Still, investors will need a steady flow of positive economic readings, including from today’s jobless claims figures and US June retail sales, in order to justify further gains in riskier assets, at least from a fundamental perspective. Although US equity futures are edging lower at the time of writing, either the economic data announcements or the Wall Street earnings releases today have the ability to push risk sentiment higher, potentially at the expense of the Greenback.