Dollar traders eye up week ahead

The week ahead will be filled with action and for me the big one will be of course the US CPI reading due out on Wednesday. Why is this a big event? Well for some time now people have been arguing for a more aggressive FED when it comes to raising rates, and if we do see strong inflation figures the December rate hike is all but assured and the potential for 2018 to see further hikes looks positive. Markets are expecting 0.2% when it comes to core CPI and y/y figures to be around 2%. Anything above this though would be seen as very positive sign for the markets, and the USD and potentially the S&P 500 may look to rally as investors expect larger profits in the future as retailers adjust.

For me the USDJPY is a prime candidate to punch forward when it comes to gaining some traction. A number of key fundamental factors spring to mind: including the US government wanting to push through the tax plan and CPI data is expected to be positive this week. US retail sales will also be another major factor, and may have some strong seasonal build up in the run up to Christmas. Obviously, Kuroda from the Bank of Japan continues to push aggressive monetary policy in an effort to further devalue the Yen and help drive inflation - so much so that they still expect 2% inflation (a hard ask still I feel). 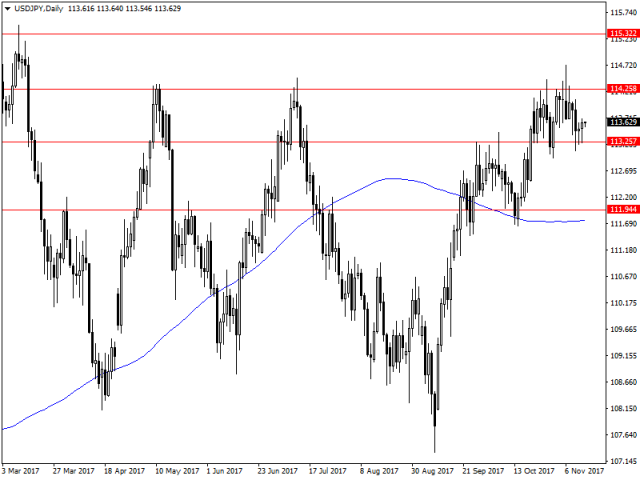 When looking at the USDJPY on the charts it has ranged recently and lacked direction, but market movements this week will be prime for this. So far support at 113.257 has stopped further bearish movements and the Yen gaining any ground; with a further support level at 111.944 likely to stop and big swipes. The bulls looking to climb higher have resistance at 114.258, however if they can push through this level then it's likely they can run to 115.322 before slowing down for a breather. The USDJPY does love to trend, but it does also slip into patterns of consolidation over time as well when it lacks any fundamental direction.

One of the key pairs also to watch tomorrow will be of course the GBPUSD, which was today's most volatile major pair. UK CPI data is also expected to spike tomorrow, and it will be interesting to see the impact it has on markets. This coupled with the daily Brexit drama could set of volatility for the pair and traders will jump at times like this. 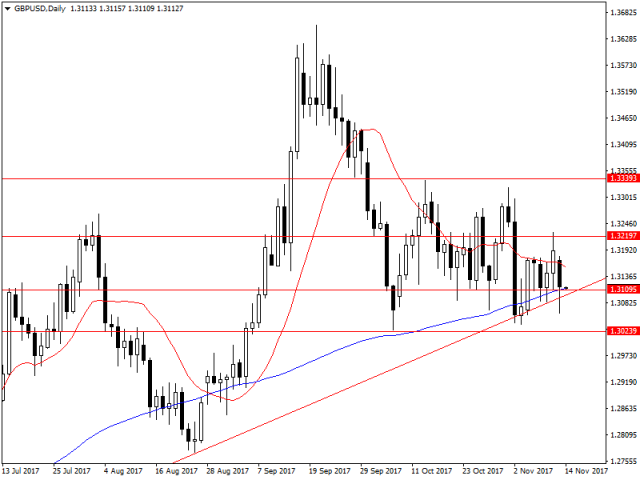 For the GBPUSD it's hard to tell direction at this time, but key levels are relevant for traders looking to make some quick work of swings. The crash through today was in the end beaten back up above support at 1.3109 with the 100 day moving average adding additional support as well. Traders looking to swing lower will struggle unless we see some really bad news and strong USD. If we do a see a jump higher resistance at 1.3219 and 1.3339 are likely to be key levels.