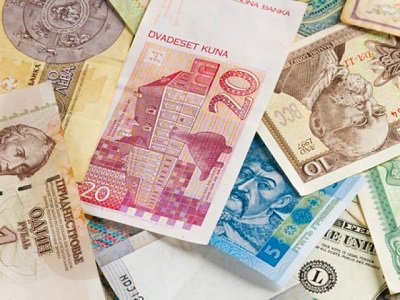 The unfavourable market conditions are already boosting appetite for the safe-haven Dollar, which will most likely translate to further pain and punishment for EM currencies. With concerns over plateauing global growth and geopolitical risk leaving sentiment extremely fragile, risk aversion has the potential to become a major theme in the near term.

In the currency markets, the Chinese Yuan weakened against the Dollar mostly due to trade tensions. An appreciating Dollar weighed on the local currency further with the USDCNY trading marginally above 6.908 as of writing. With trade tensions seen weighing on the Yuan but strengthening the Dollar, the USDCNY has scope to challenge 6.923 in the near term.

Chaos in Commons as May delays Brexit vote

The British Pound was treated without mercy by bearish investors on Monday after UK Prime Minister Theresa May abruptly postponed a parliamentary vote on her Brexit deal.

Appetite towards Sterling instantly diminished following the news with the GBPUSD crashing to levels not seen since April 2017. A strong sense of uncertainty over the various scenarios that could happen regarding Brexit is likely to leave investors extremely uneasy and edgy. As the week progresses market players will be pondering whether May has the ability to renegotiate with Brussels in a bid to save the deal? If she will face a leadership vote or the possibility of a second referendum. With Brexit chaos in the House of commons raising the likelihood of a no-deal scenario, the near-term outlook for the Pound points to further downside.

In regards to the technical picture, the GBPUSD is heavily bearish on the weekly charts. The downside momentum could send prices below 1.2500. Bears remain in firm control below the 1.2700 resistance level. 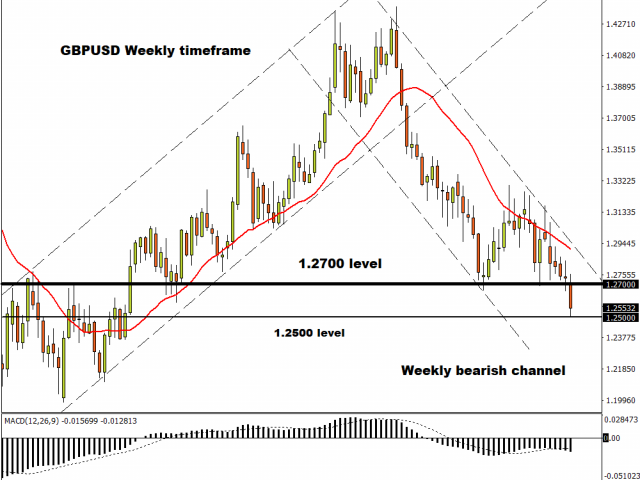 The Dollar staged an impressive rebound as trade tensions and Brexit related uncertainty sent investors sprinting to the safe-haven currency.

Although the Dollar has scope to extend gains on safe-haven flows, the upside is poised to face headwinds in the form of fading Fed hike expectations. With November’s disappointing US jobs report reinforcing expectations over the Federal Reserve taking a pause of rate hikes next year, Dollar bulls are at threat of running of inspiration in the medium term. Focusing on the technical picture, the Dollar Index has scope to hit 97.50 this week.