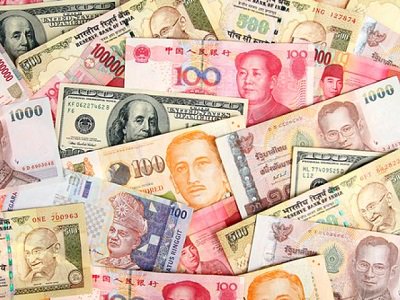 The mood across financial markets was mixed this week as investors tussled with Brexit drama, US-China trade developments and a partial government shutdown in the United States.

Although a majority of emerging market currencies were supported by optimism over trade talks, a stabilizing Dollar created headwinds for some. The performance across the EM currency arena was certainly mixed with the Turkish Lira, South African Rand and Russia Rouble on route to concluding the week on a positive note. However, the Argentina Peso, Indonesian Rupiah and Indian Rupee were unable to defend themselves against King Dollar. With the core fundamental driver’s weighing on global sentiment still present, emerging market currencies remain in the crosshairs.

In China, the Yuan weakened despite growing optimism over the progress of US-China trade talks. A logical reason behind the Yuan’s depreciation is likely based on a stabilizing US Dollar. With easing trade tensions seen positively influencing the local currency and Dollar pressured by speculation over the Fed taking a pause on rates, the USDCNY has the potential to sink lower. In regards to the technical picture, prices remain bearish on the daily charts. However, an intraday breakout above 6.780 could send the USDCNY towards 6.788.

Buying sentiment towards the British Pound skyrocketed on Thursday evening on growing expectations over the UK avoiding a no-deal scenario with the European Union. Speculation revolving around a second referendum turbocharged the Pound rally with the GBPUSD jumping to levels not seen in 2 months. While the Pound has the potential to extend gains, investors should remain diligent as uncertainty still remains a major theme. With Theresa May racing against the clock to present an alternative Brexit deal to Parliament, the Pound is poised to remain extremely sensitive and highly reactive to Brexit headlines. Taking a look at the technical picture, the GBPUSD turned bullish on the daily charts following the daily close above 1.2920. A weekly close above the psychological 1.3000 level is seen opening a path towards 1.3160.

It has been a lacklustre trading week for Gold thus far with the metal bouncing within a modest range. Price action suggests that the metal is searching for a fresh catalyst to make the next major move. Resistance can be found around $1296 and support at $1280. A breakout above $1296 will open the gates towards the psychological $1300 level and beyond. On the other hand, weakness below $1280 is seen triggering a decline back towards $1272.