Equity markets struggle to hold off the bears 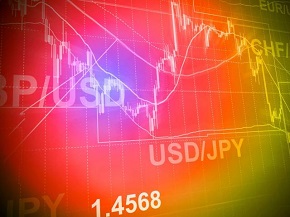 The markets have been in minor turmoil today as US equities continued to dip on each rise. This in part was brought on by more bearish weakness in the US economy over the last few days, but also disappointing economic surveys carried out by the New York Fed, which showed that there were more people looking for work, and wage growth was not picking up at all. This comes at a somewhat interesting time, as the labour market has been the cornerstone of the US rebound after the financial crisis, so markets are fearful of anything bad happening to it - especially with a consumer based economy. The trump effect is also continuing to wear off, with neither congress or the administration working together it seems it's very hard for Trumps economic policies to be advanced at present. 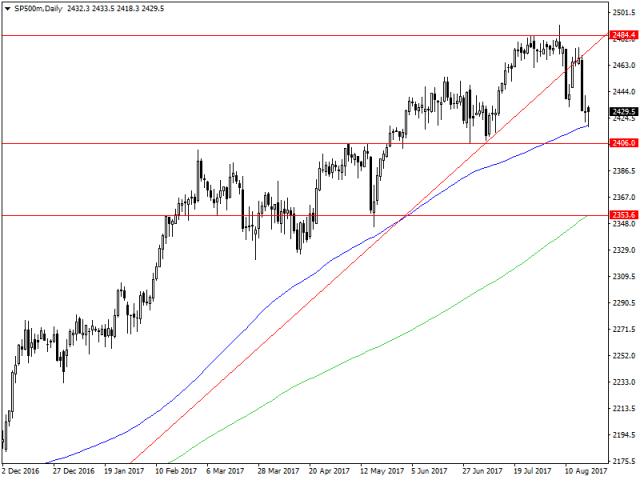 This in turn has spilled over into equity markets in a rather ferocious way, the concern with many is that if the market does indeed start to turn and pull-back we could in turn see more aggressive bearish behaviour - as a number of analysts continue to feel it's overbought. On the charts at present the only thing holding back  the S&P 500 is continuing to be the 100 day moving average, which has so far slowed down the bears on two occasions now. The clear rejection is a good sign if you're bullish, however I am still expecting the bears to strike as Trumps grip looks to weaken (unless anything drastic changes). Support levels below the current 100 day moving average can be found at 2406 and 2353 and I would expect to see a lot of volatility around these levels as it moves lower, so expect big swings. Also, the 200 day moving average is trending up the charts and this will be a key target as well for bears. 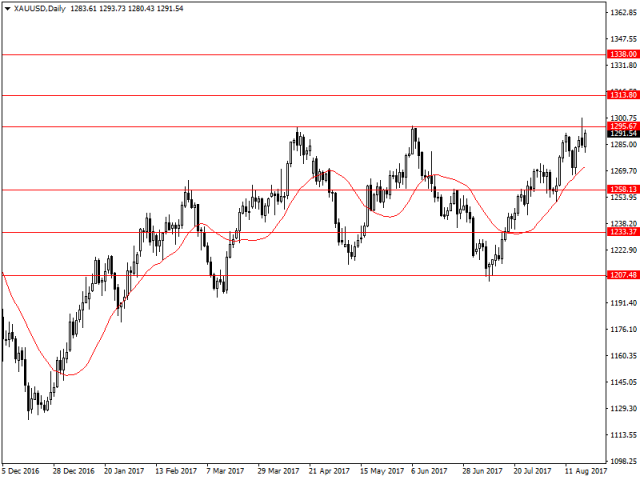 Gold traders are having a field day at present on the back of this uncertainty, and it's clear that with any weakness in the equity markets we will see people look to hedge against the bad times in speculative metals and of course safety currencies. Gold has thus far trended strongly, with the bulls looking very strong with the potential to breakout. Previous movements where hindered by strong resistance at 1295 and a double top sent gold tumbling for some time. Fridays test though showed there is certainly a large amount of resolve to push through and look to touch higher resistance levels at 1313 and 1338, all of which are looking strong targets - 1338 being the strongest level at present. If Gold does a reversal then certainly support at 1258 and 1233 are likely to be where the bears look to aim, however the bulls have thus far been quite promising and the trend is generally every traders friend.