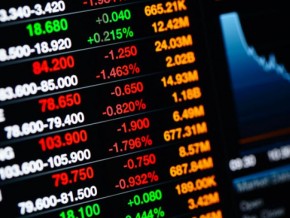 Euro traders have been living the dream as of late as the EURUSD climbs the charts steadily. Currently the Euro is sitting at a 14 month high on the back of positive news from the Euro-zone and dollar weakness as the US continues to disappoint hungry markets eager for some positive news. Draghi has for some time now looked to keep a dovish stance in order to keep the currency lower and to boost exports in the Euro-zone, but it's a tough ask when the market is so bullish on the recovery of the Euro-zone and the currency itself.  Markets are incredibly fickle when it comes to these sort of things, and right now despite all the problems we could expect buyers to continue to favour the Euro in the short to medium term unless there is some strong changes in the US market which would affect the EURUSD. 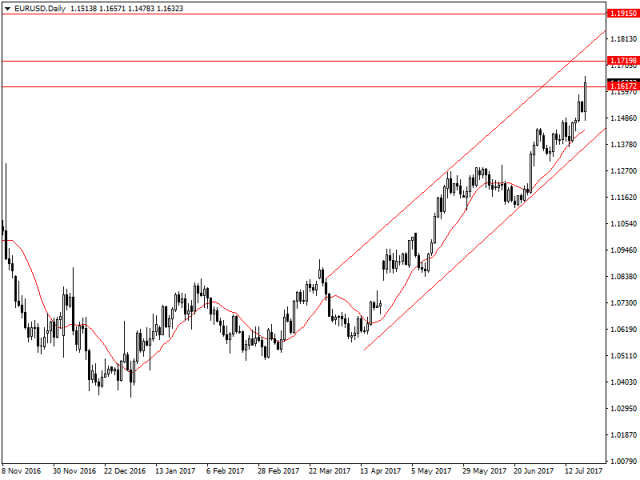 On the charts the EURUSD has crashed through resistance at 1.1617 and is looking to push higher to the next level at 1.1719, further on from this level is 1.1915 and a likely target if the bulls continue to dominate this market.  If we see a push lower I would look to play off the current bullish trend line which has formed on the back of dollar weakness. The 20 day moving average may also be one to watch at this stage as it continues to be respected by day traders when it comes to movements in a trending market.

The NZDUSD has been on a fantastic winning streak as of late, as it has risen 9 out of the last 10 weeks - which is very strong from a bullish perspective. While NZ economic data has been robust it's hard to point the finger purely at that. Instead it has been a case of USD weakness and a hunger for yield in the fixed income markets at present as traders search for the best results. The RBNZ will also be taking a look at the current state of the NZDUSD and may look to jawbone it, but over the years there attempts have been weaker and weaker and unless they look to take a dent in interest rates it will continue to remain robust compared to other currencies in the market. 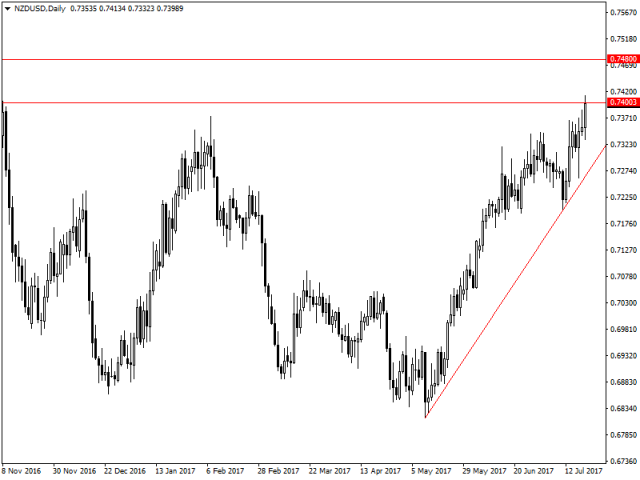 On the charts the NZDUSD has hit a snag with the psychological level of 74 cents, which is acting as stiff resistance at present. However, the current bullish trend looks set to remain and USD weakness remains a large factor so it could be a case of further highs. If that is the case then I would expect a further push to resistance at 0.74800 and even potentially 0.7593 as the bulls take control. In the event we saw some sort of pull back the bullish trend line looks to be key here and I would look for a bounce of this key area. The bears may very well push it lower, but the bulls will certainly look to take control if there is an opportunity here.