The Euro has been a star over the previous months, but it's becoming more and more lacklustre as the ongoing Spanish drama is still a thorn in the side of the Euro-zone. While investors love a bit of volatility, the Euro-zone seems to keep battling crisis after crisis trying to hold everything together as more moles pop every month to be whacked. Is there cause for concern? Well markets seem to think so as of late, and event EU retail sales figures y/y jumping to 3.7% (2.8% exp) were not enough to fight of the bears. Additionally, the US saw a strong JOLTS job openings figure of 6.09M (6.08M) which shows that the labour market in the US continues to not be at capacity. This can also be seen in the fact that wages have not grown as fast as economists had expected, which points to slack in the labour market that can still be filled. It would seem though that we are close capacity in the next year or two in the US if there are no negative economic events. 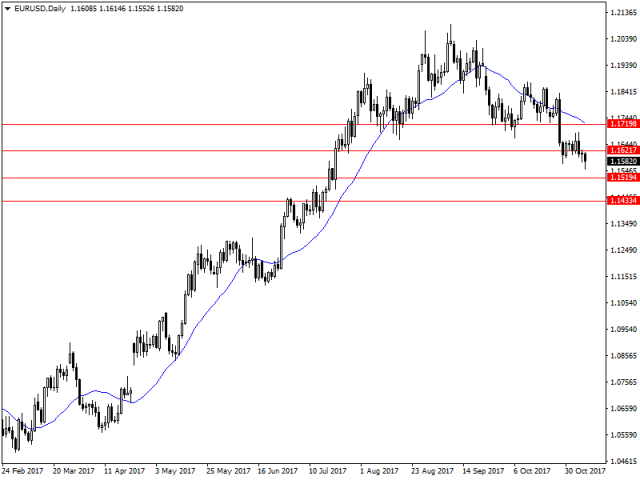 So for the Euro bulls it's been a tough ride over the past few weeks and the head and shoulders pattern that did occur is likely to keep going with bears taking full advantage. Target support levels for the market will be found around 1.1519 and 1.1433, with the potential for further lows if we see any further weak news on Catalonia. If we do see the bulls come back into the market I would expect to see resistance be strong around 1.1621 and 1.1719 on the charts. Additionally, the 20 day and 50 day moving average should be watched as dynamic resistance levels which daily traders have been respecting as of late. However, for the most part there is a clear trend of bearish sentiment which has the potential to continue for some time.

NZ dollar traders also went short today as the Global Dairy Index came in at -3.5%, obviously this is quite big news for traders as the Dairy industry accounts for 7% of New Zealand's GDP. But further to this we have the RBNZ rate statement due out tomorrow, and many are expecting some fireworks here. Not in the sense of a rate rise, but in the sense that change is in the wind with the new government wanting it to have stronger mandates. It will be a case of wait and see, and the prospect of a new governor is on the cards as well with the new left wing government. 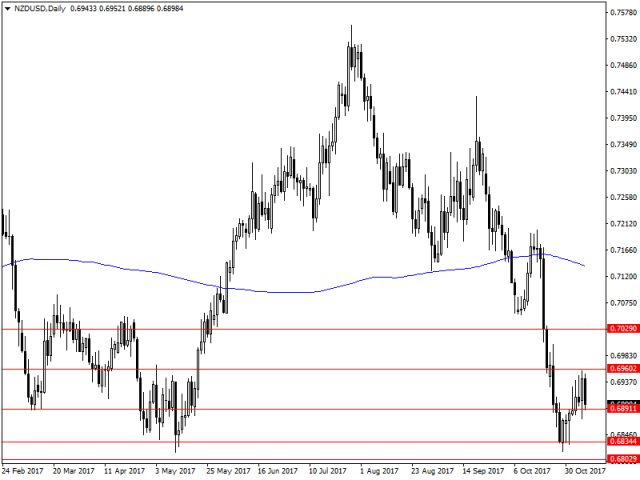 For the NZDUSD traders there has been a failure to breach anything above the 70 cent market, which continues to act as a psychological barrier at present. Markets thus far are looking bearish and swinging lower just coming up short of support at 0.6891. There is further potential for moves lower to 0.6834 and 0.6802 on the charts. I would be surprised to see it spring back up higher, but if it does the 70 cent mark is likely to be a hard stop for the pair.