Euro catches breath as Pound takes all the heat 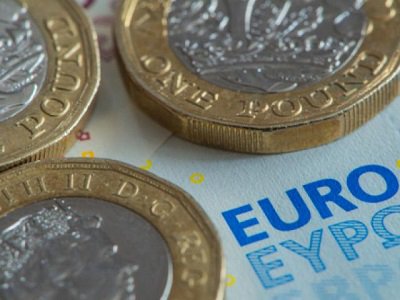 The Euro enjoyed some stability today as investors directed most of their attention towards the battered Pound.

With the Euro appreciating against every single G10 currency excluding the Japanese Yen, bulls are certainly in the drivers sear today. While the Euro has scope to extend gains in the week ahead, the upside will be capped by Europe’s fundamentals and speculation over the European Central Bank cutting interest rates in September.

Where the Euro concludes the trading week will be influenced by the Eurozone Q2 GDP report scheduled for release on Wednesday. A positive print above the 1% estimate will most likely support the Euro against the Dollar and other major currencies.

In regards to the technical picture, the EURUSD remains under pressure on the weekly charts as there have been consistently lower lows and lower highs. A technical rebound could be in the cards if 1.1100 proves to be a reliable support. The Euro is seen retesting 1.2200 in the event of a breakout above 1.1150. 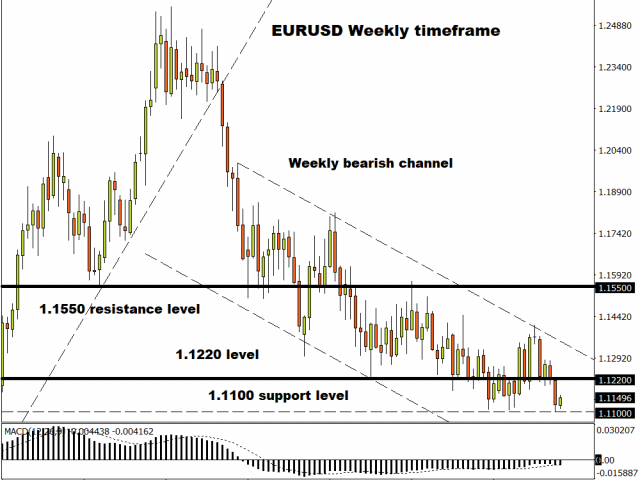 EURGBP blasts above 0.9180 as momentum builds

The currency pair is incredibly bullish on the daily charts with all signs pointing to further upside. A solid weekly close above 0.9200 will most likely open the doors towards 0.9270 in the short to medium term. 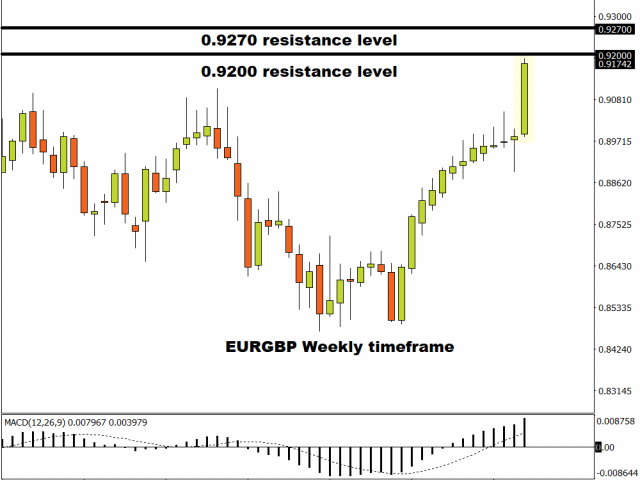