The Euro jitters have appeared shortly before the new year if the Spanish polls are anything to go by, as the separatist movement in Catalonia has won a majority. So far it looks like 70 of the 135 seats available have been won by pro independence parties, which means more trouble is certainly likely on the way for Spain. What is the likely result? Well it will certainly mean more trouble for Madrid and pressure for the separatists from Catalonia, but at the same time the EU won't accept a breakaway republic like this and Spain has veto power so it's a little uncertain as to where this will likely go. I do feel that it's unlikely we will see real movement until the new year is in, with the government in Madrid likely to go away and lick its wounds and prepare for the new year and how to deal with this situation. One thing that is clear, is that Madrid can't give way to independence lest they alienate other regions. 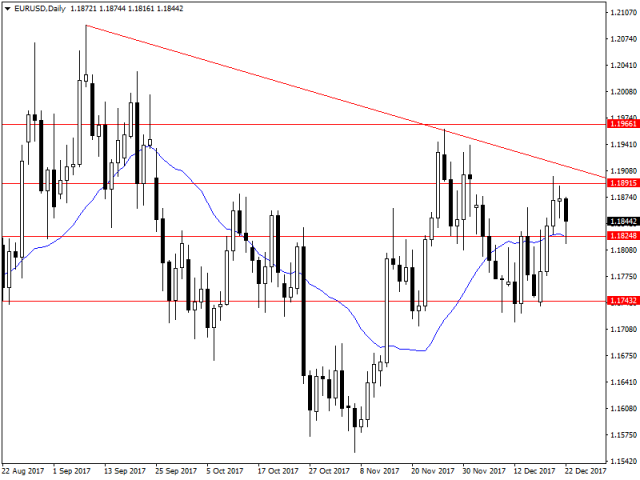 For the EURUSD traders it's all looking a little grim as of late. After starting of the day strong and seeing a weaker USD come into the market after US GDP came in slightly down at 3.2% (3.3% exp), the EUR has struggled to gain any sort of traction after the most recent election that was held in Spain. It's likely there could be further hurt and the market will look to take a cautious approach to it all. Any sort of resistance higher is likely to find it a struggle with bearish trend line looking to take shape. If we saw a jump above this then resistance would be found at 1.1895 and 1.1966 on the charts. Support levels could be found at 1.1824 and 1.1743 on the charts, but it will be hard to push lower given the recent ranging pattern of the EURUSD, especially during this period of trading.

One of the major metals to be hit hard by recent activity has been of course silver, which as always is gold's weaker brother when it comes to markets. Silver came under sustained bearish pressure before clawing back some of the grounds it lost to the bears. It seems more likely than ever that we could see silver pause and even resume a bearish fall lower, but only if the USD continues to be a major riser. 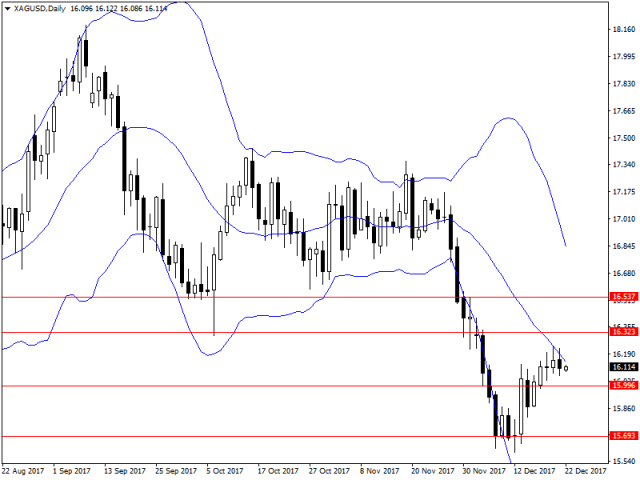 For silver the levels leading into the holidays are quite clear with resistance coming in strong at 16.323 and 16.537, with the potential to extend higher on USD weakness if it occurs. Support levels can be found at 15.996 and 15.693 on the charts at present. However, any movements are likely to be in low liquidity environments until the new year comes about.