Excitement in financial markets as investors await Fed decision – but what if Powell spoils the party? 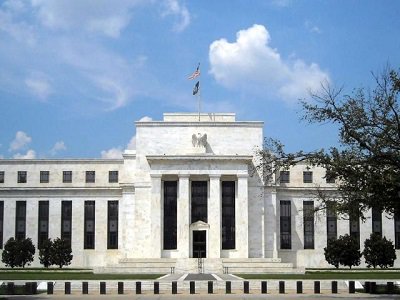 The day that investors have been eagerly awaiting in anticipation for at least the past month is finally here!

The latest Federal Reserve interest rate decision will be announced this evening, where there is an air of euphoria and excitement in financial markets that the Federal Reserve will begin preparing investors for lower interest rates in the United States over the second half of the year and potentially into 2020.

But what if Federal Reserve Chair Jerome Powell spoils the party for investors? It has already been baked into market expectations that the Fed will provide guidance of an upcoming future change in US interest rate policy and it’s moments like these where investors can suddenly need to buckle up tightly and prepare for a potentially wild ride.

Let’s put this into a different perspective. If we go back to roughly 2014, this was when the Federal Reserve first started to provide guidance of a potential change for higher interest rates in the United States. The first move higher however, in fact didn’t occur until towards the end of 2015. So in reality, the Federal Reserve went up the lift very slowly but today, markets are ambitiously expecting the same central bank to jump down the escalator?

After close to 10 increases in US interest rates over the past couple of years at a gradual pace, I find it hard to believe that it will be that easy for the Federal Reserve to do two things - wave the flag and surrender, then put the car into reverse gear and accelerate downhill.

Make no mistake, today’s Federal Reserve decision and the tone that it sets in its statement runs the risk of dictating how financial markets will perform into the next decade.

If the Federal Reserve does obey market expectations and issues the requested guidance that US interest rates will be lowered, this will flatten forecasts for the USD. A Dollar that is anticipated to slide downhill on lower US interest rate expectations means a stronger Euro, Yen and pretty much everything else!

Where a weaker USD will be warmly applauded and even possibly welcomed with a standing ovation is in emerging markets. The prospects of foreign flows returning into emerging markets would mean at the very least a stronger Malaysian Ringgit, Indonesian Rupiah, Philippine Peso and Chinese Yuan. Stretching further than the Asian region, the feel-good factor of a weaker USD would also mean good news for the likes of the South African Rand, Russian Ruble and even further afield, the Mexican Peso.

Avengers assemble ahead of “extended” meeting between Trump-Xi at G20

US-China trade disputes have been a very long-winded movie for financial markets. Think of it as a Marvel movie, in which trade tensions are very much the villain of the story for market sentiment.

This is why investors are excited at the news that US President Donald Trump and Chinese President Xi Jinping will have an “extended” meeting at the G20 summit in Japan later in June. Viewers want a happy ending to a very long story and are hoping that Captain America and Iron Man will come to the rescue and save investors from the persistent villain - the trade tensions.

The feel-good factor stemming from anticipation that there will hopefully be a resolution has fuelled a rally across emerging market currencies on Wednesday morning. The Korean Won, Philippine Peso, Indonesian Rupiah, Chinese Yuan and Malaysian Ringgit are all stronger against the Greenback.