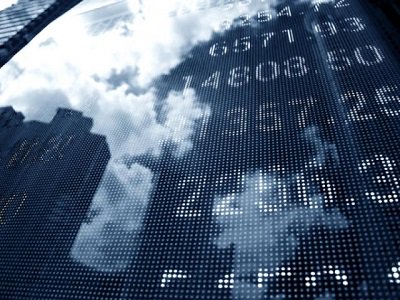 Equity markets in Asia kicked off the week mixed after the S&P 500 posted a 0.5% decline on Friday following the latest developments in politics and trade. Reports suggesting the US administration is considering measures to limit flows into China, through delisting Chinese companies from US stock exchanges and restricting pension funds investments in Chinese markets, hit sentiment. While no confirmation was received on this front, the idea of the trade war moving into a war on capital flows will lead to a risk-off environment. Whether the White House would implement such restrictions or just use them as a tool to gain leverage in the upcoming trade negotiations, the message sent was not received well by financial markets.

US capital markets are considered some of the most open markets globally. Any signs of restricting access to foreigners would indicate that Chinese companies may need to consider alternative options to raise capital. This gives the US a disadvantage against its competitors and will eventually lead to less financial capital inflows.

Investors have a busy week to digest with Friday’s non-farm payrolls report likely to be the main risk event of the week. Having cut interest rates for a second time this year, the Federal Reserve is watching economic data very closely to decide its next move. Last month, US jobs growth slowed to its lowest level since May and came up short of expectations. However, when looking at the overall report it wasn’t terribly bad. Wage growth continued to expand at 3.2% and the unemployment rate remained steady at 3.7%. Another miss on the headline number may send a warning sign to Fed policymakers, who have so far ruled out further rate cuts in 2019 and 2020. However, markets are still convinced that another cut is on the way this year, so any positive or negative surprise readings will likely lead to big moves in the US Dollar.

Euro traders will keep a close eye on manufacturing PMIs which dropped to the lowest level in a decade in Germany last week. The ongoing US-China trade dispute has clearly hit global manufacturing and if the PMI release confirms the flash figures, we may see further pressure on the Euro.

Currency traders are also watching the Australian Dollar closely with the Reserve Bank of Australia expected to cut interest rates to a new record low of 0.75% on Tuesday. The slowdown in China appears to be a major factor impacting growth and employment in Australia;  though policymakers may be worried that cheap credit will fuel a new bubble in the housing market. This is likely to complicate the RBA’s decision which means if the bank decides to stay on hold, we would expect to see a bounce in the Aussie.

The Pound was the worst-performing G10 currency last week, declining 1.3% against the Greenback. After a sharp fall on Wednesday, Sterling continued to move lower towards the end of week driven by comments from MPC member Michael Saunders who suggested the Bank of England may have to cut interest rates even if there is a Brexit deal. Sterling is likely to be the most difficult currency to trade in the weeks ahead as Brexit newsflow will be the dominant factor. However, expect to see bigger swings either way as we approach the October 31 deadline.