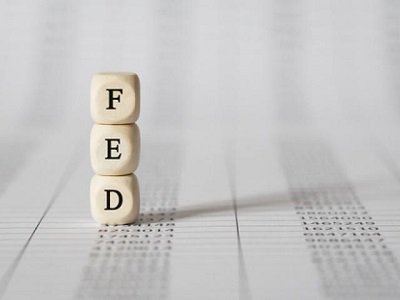 Despite U.S. President Donald Trump’s dissatisfaction with the Fed’s monetary policy tightening measures, the Fed as expected raised interest rates by 25 basis points to a range of 2-2.25% on Wednesday. According to the dot plot, there will be one more rate hike in 2018, followed by three in 2019 and a final one in 2020, which is in line with June’s expectations.

The economic forecast indicates that everything seems to be fine. The U.S. economy’s expected growth was revised higher this year to 3.1% from 2.8%, thanks to -tax cuts, higher oil prices, and capital expenditures. Employment is to remain at historic lows of 3.7%, and inflation will remain steady at 2-2.1% over the next three years. In my opinion, these projections reflect that we’re living in a perfect world.

Fed Chair Powell doesn’t yet feel threatened by the effects of the trade war, although he will continue to monitor its developments very carefully.

Interestingly, U.S. equity markets were pulled lower during Powell’s press conference as Treasury yields tumbled across the curve dragging financial stocks with them.

In theory, low inflation expectations may continue to support non-financial stocks given that it’s a key component of the required return on equity. However, my concern is that falling GDP growth rate will translate into lower profitability and corporate earnings growth. Given that valuations remain historically high, and interest rates on the rise, the threat to the equity bull market will likely increase over the next several months.

The Dollar was only slightly firmer against its major counterparts. The Dollar index traded 0.3% higher at the time of writing at 94.50, which is still well below August highs of 96.98. This suggests that yesterday’s Fed decision was well priced in the market, and focus should now return to macro fundamentals for new guidance.

Several sets of U.S. economic data are due to be released today including the final reading of Q2 GDP, durable goods, trade balance and personal consumption expenditures prices. While Q2 growth is likely to be confirmed at 4.2%, durable goods for August is expected to rise 2% after a 1.7% decline in June. Given that durable products often involve capital investments, a rise in this figure may indicate that businesses are still not very concerned about any ensuing trade wars. It will also be interesting to see how trade tariffs are impacting the U.S. trade balance. In July the U.S. deficit with China hit record levels, so a continuation of this trend would raise the prospects of further tariffs on the remaining Chinese goods imported to the U.S.