On Wednesday 31-rd July FOMC decided to cut the interest rate by 25 b.p. till 2,25%. Unfortunately, Jerome Powell was not dovish enough. As a result, the US stock markets were disappointed. All key indices dropped and the US national currency rose. EUR/USD broke its target 1,11100. Right now, new target for the price may become 1,10000. Also, we do remember, that there is a gap up on April 24-th 2017 which has not been closed yet. 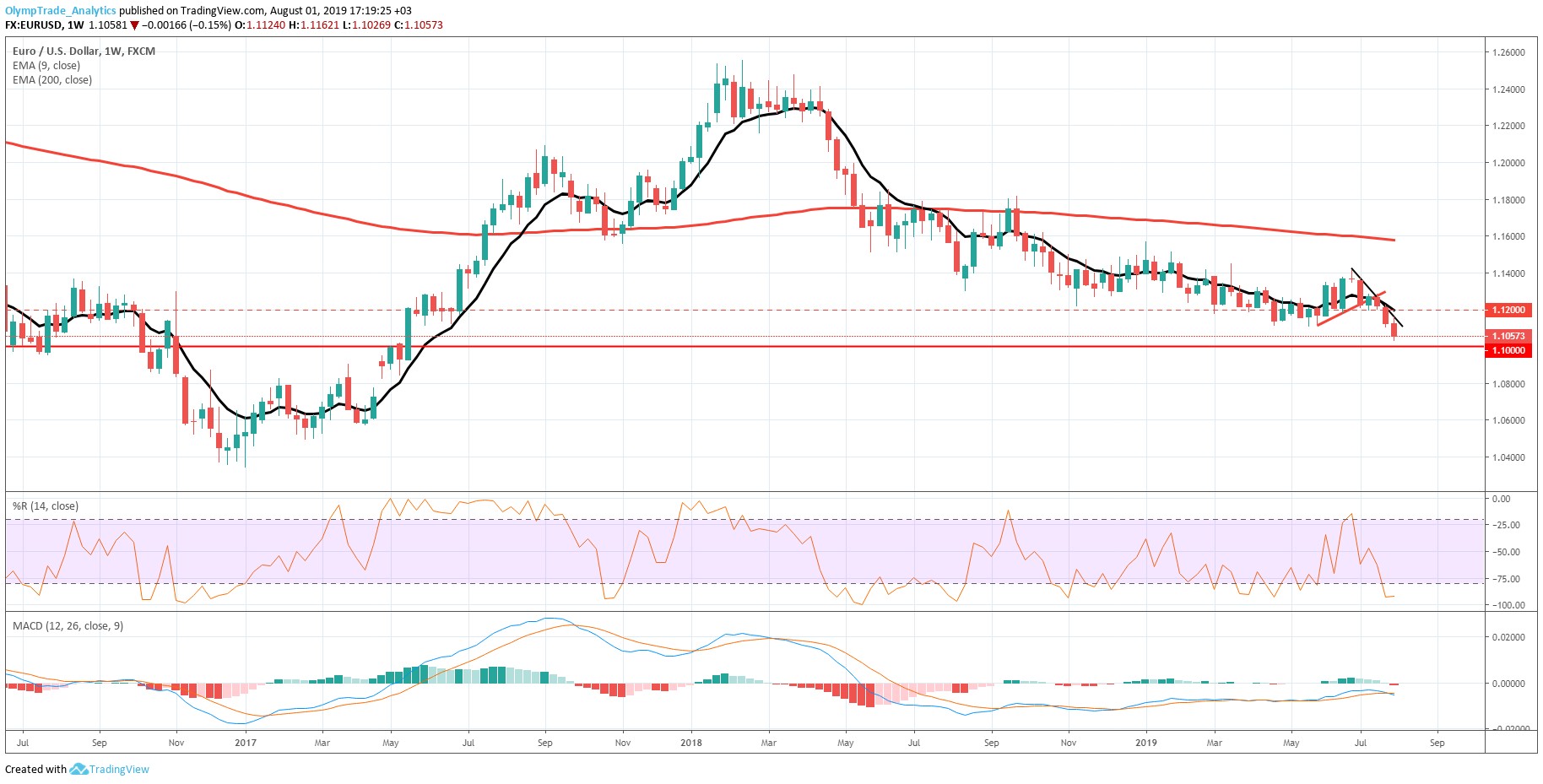 Trump wrote in his Twitter the following: ‘What the Market wanted to hear from Jay Powell and the Federal Reserve was that this was the beginning of a lengthy and aggressive rate-cutting cycle which would keep pace with China, The European Union and other countries around the world....’

ISM published its manufacturing PMI on Thursday. The index was released at 51,7 – lower than the previous fact. Here we would like to pay your attention to Employment that slowed down in July. 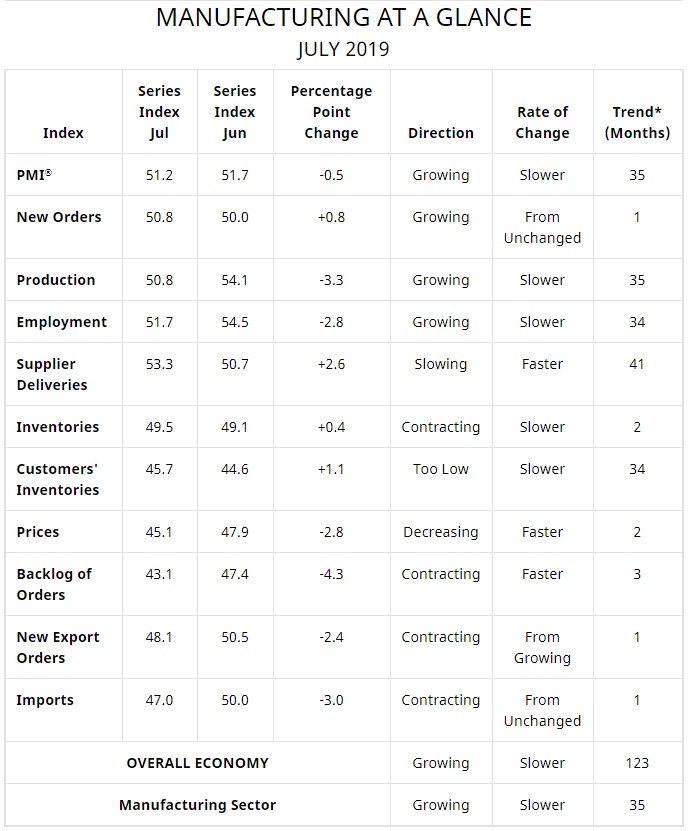 On Thursday Bank of England took the decision about the interest rate. BoE left the interest rate at the same +0,75% level. Sky News reported that ‘the bank of England has warned a ‘no-deal’ BREXIT could leave the pound at a record low and says the UK faces a ‘one-in-three chance’ of a recession even if there is a smooth BREXIT’.

The reaction on the market was negative for the British currency – ‘cable’ touched the level 1,21000. We hope that soon bulls will also see the light at the end of the tunnel – British pound looks oversold and we are still looking for correction signals. If GBP breaks 1,23000 up, we might expect that the target will become 1,23800. 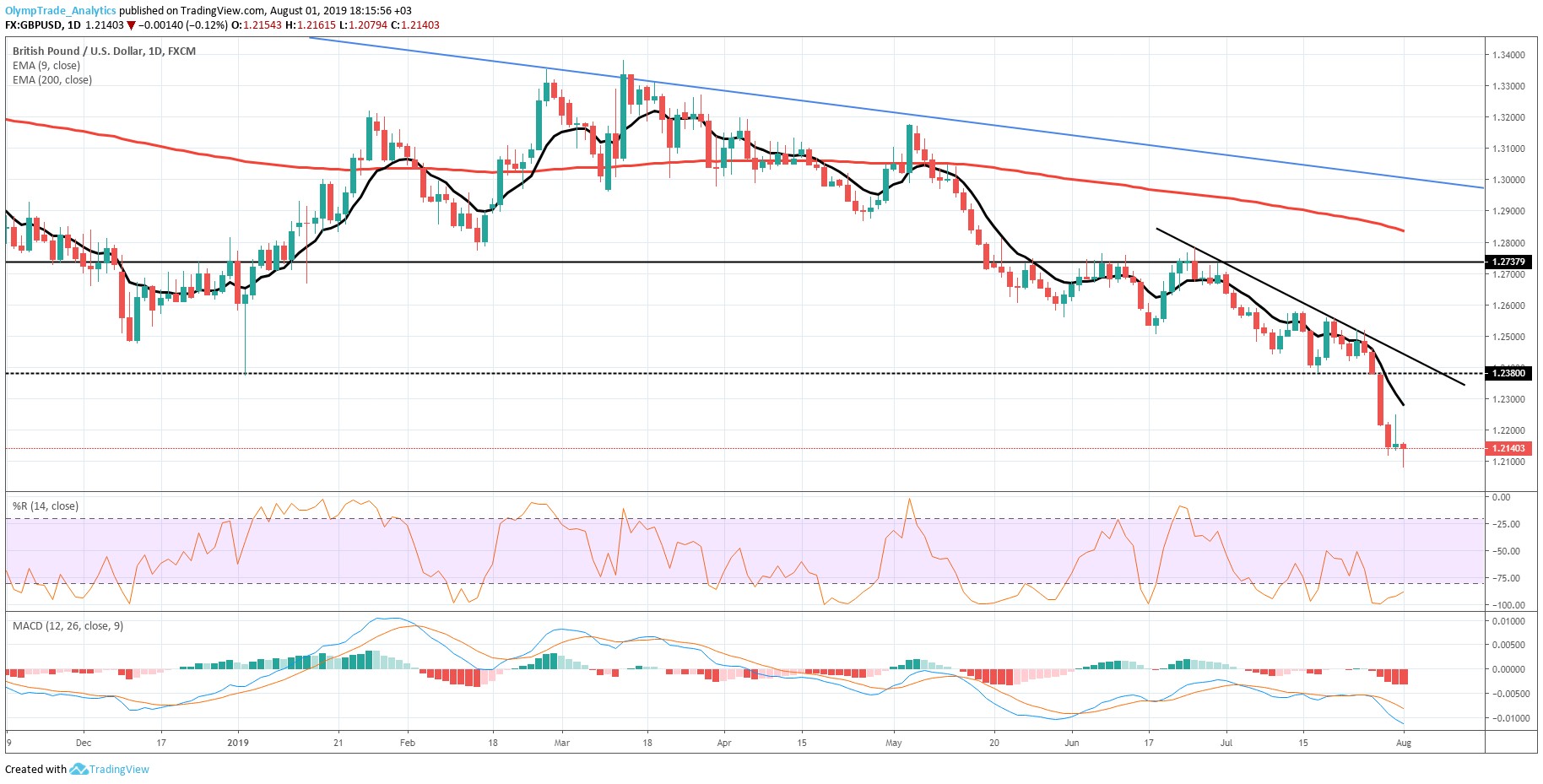