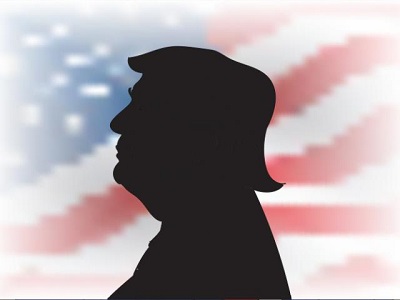 Asian stocks erased Monday’s gains following the selloff in US equities overnight, as US President Donald Trump appeared to have launched into a fresh tariff tantrum. The US administration has proposed tariffs on $2.4 billion worth of French goods, in response to France’s digital tax that the US government says hurts American tech companies such as Google, Facebook, and Amazon. This announcement by the office of the United States Trade Representative follows President Trump’s tweets saying that he will reinstate steel and aluminum tariffs on Brazil and Argentina.

While there is a clear risk-off mode in the markets today, the hit to risk appetite appears limited, with moves in safe haven assets relatively contained. Gold climbed about $10 to trade around $1463 at the time of writing, USDJPY weakened by about 0.6 percent before bouncing off the 109.0 support level, while 10-year US Treasury yields are holding above the 1.80 mark.

Investors remain primarily focused on the outcome of the US-China trade talks, with less than two weeks to go before President Trump has to decide by December 15 whether to impose more tariffs on $160 billion worth of Chinese goods. Investors are expected to hold back from making large moves in the interim, unless signaled otherwise, amid hopes that a limited trade deal remains a likely outcome.

Dollar index drops back below 98.0

The Dollar Index (DXY) fell 0.56 percent before paring losses to trade around the 97.9 level, after the US November ISM manufacturing PMI came in below expectations to mark four consecutive months in contraction territory. Still, the weaker DXY has not translated into broad gains for Asian currencies, considering the risk-off tone in the markets triggered by President Trump’s latest tariff tantrum.

The unexpected slump in US manufacturing was incongruent with the better-than-expected readings out of China and Europe. While it’s still too soon to predict a sustained recovery for the global manufacturing sector, any potential green shoots may be wiped out if the barriers to global trade are heightened. More imposed tariffs would trigger another wave of risk aversion while playing into the hands of Dollar bulls.