UK GDP was released on Friday. Quarterly revised data came out at the same level as the previous result (+0.5%).

If we take a look at the situation with the total trade deficit, we will see that total exports increased. But imports increased faster. 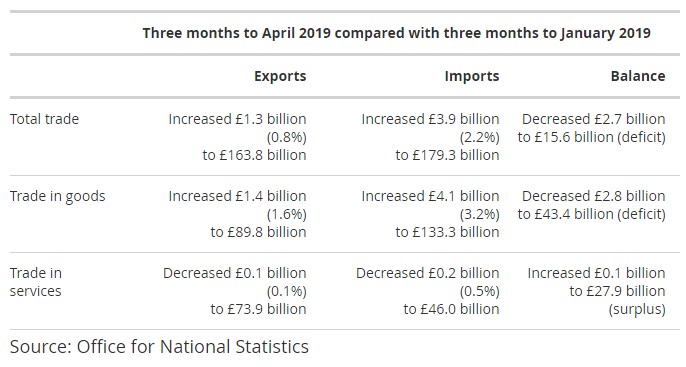 What really suffered was the UK trade in services, especially telecommunications, computer and financial services. It is logical to expect that the situation may get worse after the UK leaves the EU. On the other hand, the positive thing for the economy is that China is not in UK’s top trading partners. Thus, the influence of the trade war may be less notable for the economy. 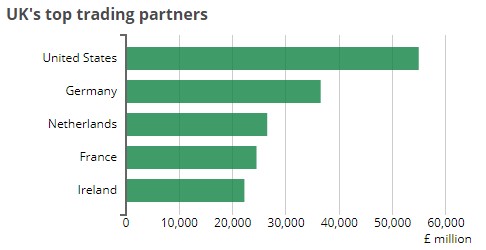 Looking at the GBP/CHF currency pair, we can say that the trend is strongly bearish. But there are some good signals that have to be discussed.

On our working 1D TF we can see divergencies between the price and two indicators – the Williams %R and the MACD histogram. The pair is pretty close to its trend line. If it breaks the first trend line up, the target will be 1.24600 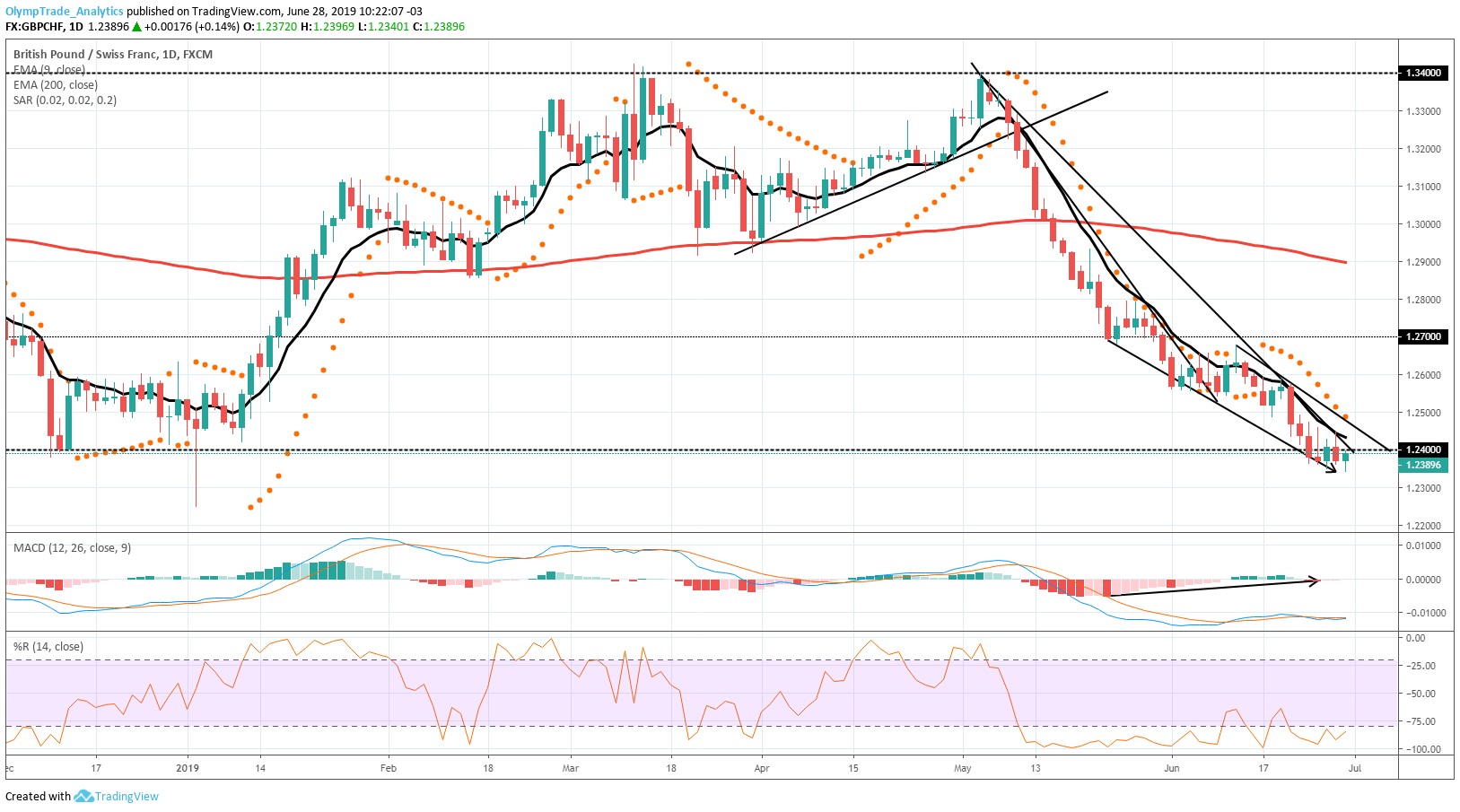 Summary: It’s possible to go long only after the GBP breaks the first trend line up (returns back above 1.24000).