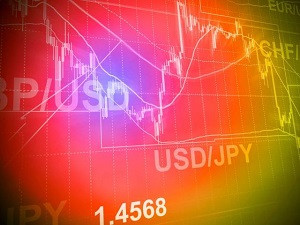 North Korea is on the move again when it comes to upsetting the western world, as reports are now surfacing that they will test launch another ICBM and potentially point it towards pacific targets. With the latest rounds of sanctions having little to no effect, it seems likely that the US may rattle its sabre once more at North Korea with further tough talk, this could in turn have a flow on effect in the markets which will look to hedge on any escalation risk. Albeit at the last possible moment if traders can help it, but so far the bounce off these events has been substantial. One of the key winners of such trades is indeed precious metals, which speculators enjoy to the fullest when it comes to hedging against risk. While traditionally a hedge against inflation, it has since become the go to move for traders look to hedge against political events as well. 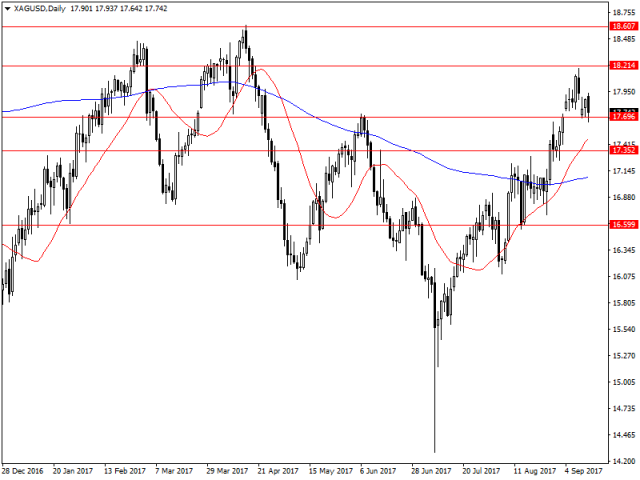 Silver for me is the key metal I will be watching for a number of reasons. Firstly it's a little more robust technically than gold, and secondly it seems to be less likely to spike wildly on big movements but instead take a direction and go with it. Also for silver traders support was recently tested at 17.696 and the market quickly pushed back on the occasion. So far the bulls are trying to hold and are holding out on a weaker USD and further political upheaval. In the event it does slide further the next level can be found at around 17.352, however, the 20 day moving average should also be treated as dynamic support in this instance as well. On the upside it's clear to see that resistance can be found at 18.214 and 18.607, beyond these levels might be quite hard as silver does start to struggle above the 20 dollar mark, but any massive unrest could certainly send it flying higher.

If you're looking for further excitement in your trading day then the Australian dollar is set to swing low or high depending on your views of the current employment data due out shortly. The Australian labour market has been full of surprises recently, and many Australians are expecting the Reserve Bank of Australia to perk up more if the labour market continues to expand at the present pace. Today's reading is expected to come in at 20K, but the previous reading of 27.9K is what the market may be hungering for here. Certainly any movements in the participation rate will also be closely watched as well. 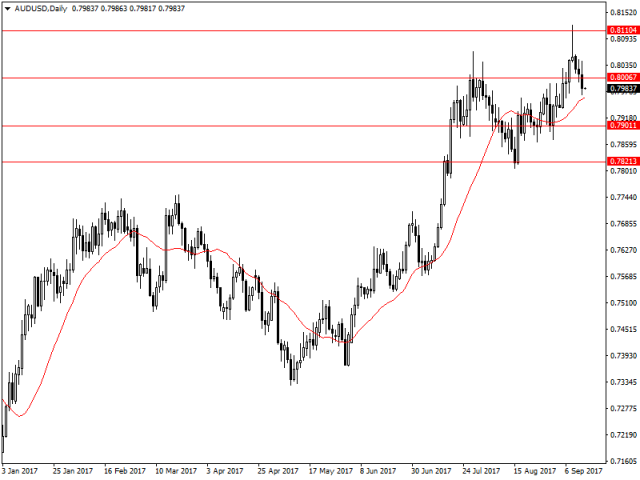 At present the AUDUSD has slipped back under the 80 cent market and is trending lower on the stronger USD. Resistance can be found at 0.8000 and 0.8110 with the 80 cent market likely to break on positive employment data. In the event we see weaker than expected data then I would expect the AUD to plunge sharply down to support at 0.7901 and potentially 0.7821 in the coming weeks.