Gold slips ahead of non-farm

The US labour market has continued to impress as of late as US initial jobless claims came in strong at 218K (220K exp), showcasing the labour market surging ahead. However US durable goods orders continued to be less upbeat than expected coming in at 0.2% m/m (0.5% exp), this is not likely to be a big mover for the USD however as the labour market continues to be the key FOMC focus as well as inflation additionally.  With all this in mind it looks likely that interest rates will continue to rise, and coupled with the USD flight we've seen lately that the USD will continue to be the dominate currency in financial markets at present. 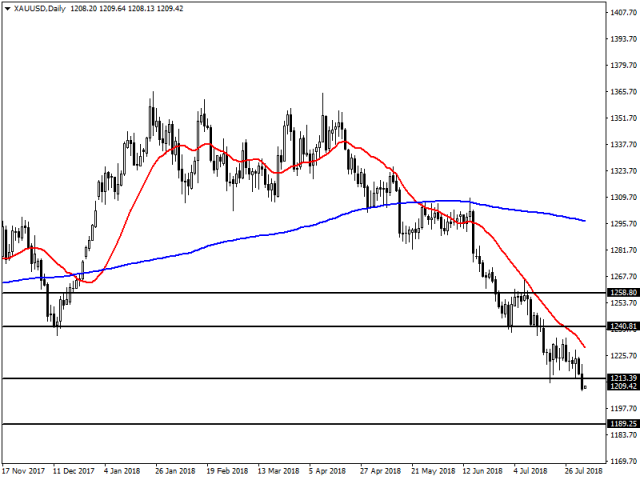 One of the key movers as outlined yesterday has been of course gold, which has been suffering for some time now. So far today we've seen a very strong break through support at 1213 as gold looks to push down to the psychological level at 1200. I feel this is not likely to hold given the current market sentiment and a more realistic target may be support at 1189, which has been a long term support level in the past.  If gold did reverse then resistance levels at 1240 and 1258 would be key targets for traders in this market. However, I feel the 20 day moving average is likely to be the main level of dynamic resistance in this market at present, given how badly gold bugs are feeling at present.

The other big loser at present in the markets has been of course the Australian dollar which finds itself under pressure constantly. The services index was released today and showed a sharp decline to 53.6 - still showing expansion, but not anywhere near the previous reading of 63. Markets when focusing on the AUDUSD will now be clearly focused on non-farm payroll figures due out tomorrow which could add further pressure to the AUDUSD which has been bearish for some time now. I'm apprehensive about any bullish movements in the current market, as the USD continues to strengthen. 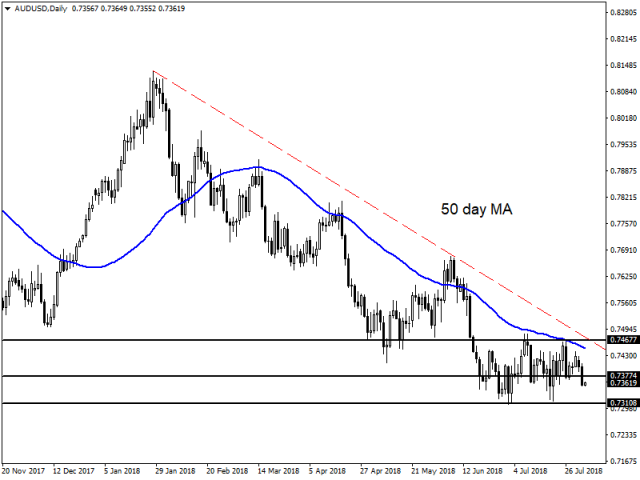 On the charts the AUDUSD has continued to be bearish and shows no sign of letting up. We've so far seen sharp falls and support at 0.7310 is looking to be the next major target. On the flip side, if the AUDUSD was to rise it would find strong resistance at 0.7377 and with the 50 day moving average as well - with a potential trend line in play as well, but we've not seen any real tests on this level. All in all though, it feels like the AUDUSD is likely to spiral further lower.