How is BLACK GOLD

Along with many financial instruments, it’s been an interesting week for WTI Crude Oil. The WTI was declining during the first week of August, taking a dip falling from 58.79/bbl on July 31 to 51.12/bbl on August 7. The decline was followed by a recovery to about 57.43/bbl on Tuesday, August 13. The August dip was caused by President D. Trump’s announcement of additional tariffs on China, and the recovery was partly caused by his decision to postpone the imposition of additional tariff on some products till December 15.

There are other things that also affect the oil price but the main driver is global market uncertainty. Bond market sent recession warning signals as government yield curves inversed in countries like the United States, United Kingdom, Germany and Singapore. As we mentioned yesterday, a yield curve inversion happens when long-term yields (interest rate) fall below the short-term ones. This may be an early sign of a recession. At first, many stocks plunged and then recovered on positive notes from D. Trump regarding US-China trade talks. The stocks declined when China announced its intention to retaliate to additional tariffs and then recovered again on better than expected US Retail sales, showing growth of 0.7% vs the 0.3% MoM. The positive report helped to ease concerns about recession, and today WTI is trading with a bullish bias after 2 days of decline.

The OPEC Monthly Oil Market Report was published today. It includes a detailed analysis of key developments that affects oil market trends in global oil demand, supply, and the oil market balance. One key point from the report is:

The market reaction was bearish as OPEC lowered its global oil demand forecast due to economic slowdown.

You may see a complete and detailed report on the OPEC official website.

Below you can find 2 pictures with statistics about the OPEC Members’ flows of crude and refined oil and the coefficient of how oil prices vary in different regions, respectively. 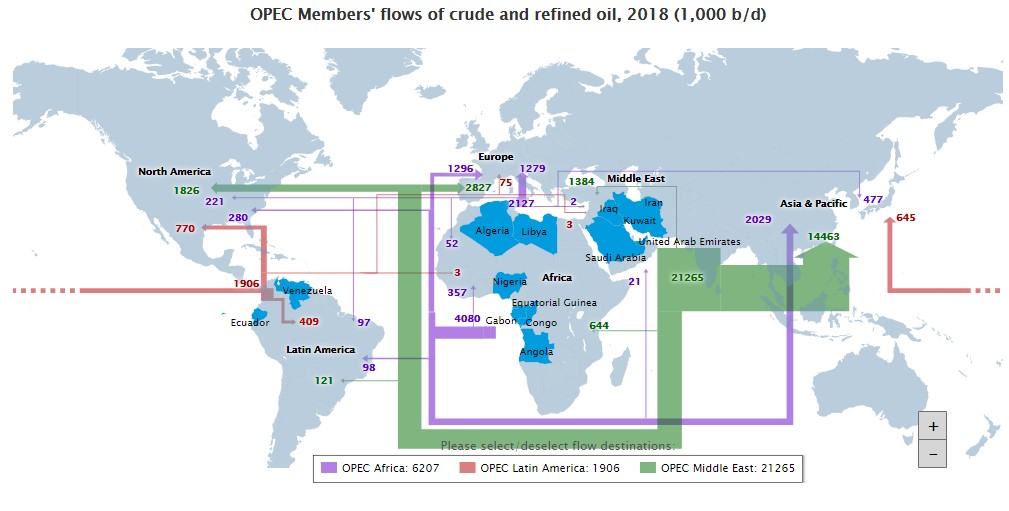 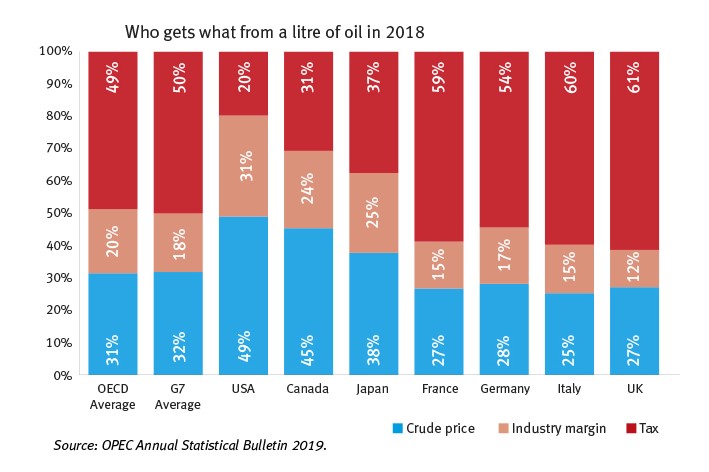 From the technical side, on a 4HTF we can see that on August 13 the opening and closing prices bounced from the crucial 61.8% Fibo level (previous downtrend) and moved down. Given the extreme volatility in the financial market, we have to consider 2 possible scenarios, especially taking note that both 9 and 20- EMA have collided with the price: