Inflation continues to worry the FED

FOMC minutes were released today and painted some interesting pictures on the state of the US economy. So far FED members are calling for interest rate rises in the economy and one before the year ends, and the market is betting on this. At the same time there is a further talk of three rate rises in 2018 which seems like business as usual. However, when you look at the most recent FED meeting minutes there is a lot of worry about inflation, which has been one of the defining features over the last decade. A large amount of QE has lead to weak inflation and this continues to be a problem in developed economy, unless you're seeing large drops in your currency (Japan, UK for example). So with the FED looking a little timid over inflation maintaining in the long run, it could be the case that we don't see the rate rises that we expect and certain markets are betting that may be the case. 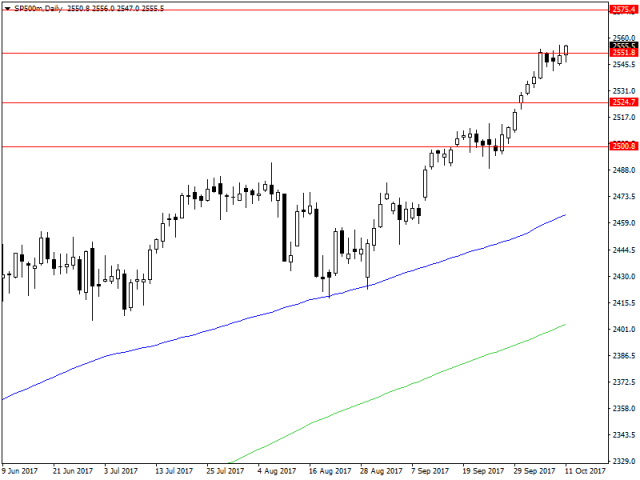 No more so than equity markets which despite all the bearish talk have continued to be bullish. Early on many talked about rate rises have a large impact on equity markets, but with the pace of rate rises we are seeing and the concern for the future it's likely it may take some time for the wind to be taken out of equity markets sails. With the S&P 500 continuing to rise resistance levels are becoming somewhat of a novelty with brief pauses, before large extensions higher. So far the market is looking for psychological level as it breaks into new highs and the next level of resistance is likely to be found at 2575. If the market were to dive then I would expect pressure to occur on support at 2551 and 2524, with any further drops likely to stop at 2500 as the line in the sand level. Even if the bears swipe past this then the 100 day moving average continues to be strong dynamic support for bulls in the market.

European markets have been buoyed by the recent Spanish tough talk and the backing down of Catalan. Nevertheless, Spain is still seeking conformation about the Catalan position and it's likely it could lead to more unrest if Spain looks to use force and imprisonment. For the EUR traders the more Spain gets past this the quicker the bulls can look to regain control, and thus far that has been exactly the move for them. 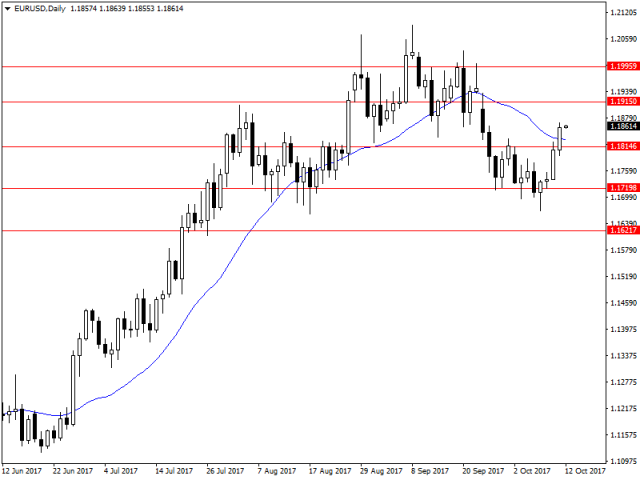 EURUSD traders have extended further and closed above and held support at 1.1814. The bulls are now targeting 1.1915 and 1.2000 at present. Market expectations are high, but any internal turmoil in Spain could derail the Euro-zone and put pressure back on the Euro. A weaker USD is also helping, but if it did strengthen we might find pressure on support at 1.1719 and 1.1621 with the potential to go lower on USD strength.