Investors ignored the latest round of tariffs; For how long? 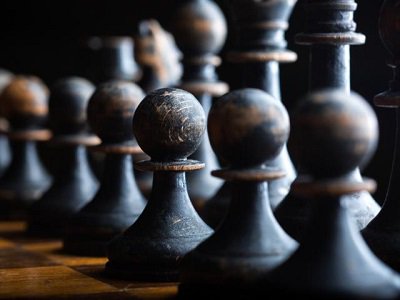 Equity markets do not seem to be concerned over the latest phase of the U.S.-China trade war. Investors have been pricing negative news for months which has led several emerging markets into bear territory.  The 10% tariffs imposed by the U.S. on $200 billion worth of Chinese goods seemed to be a relief rather than a catastrophe given that markets were bracing for a 25% figure. Similarly, the Chinese response was a softer hit than anticipated after announcing that the nation won’t engage in currency devaluation.

There’s no doubt that China’s economy will take a bigger hit if tensions escalated further. After all, China had a trade surplus of $375 billion with the U.S. in 2017. If China’s exports decline- significantly, the economy’s growth may slow down to 6% by 2019. However, there are no signs that Chinese officials are willing to wave the white flag anytime soon, especially with the U.S. mid-term elections being less than two months away.

When looking at the performance of global stock markets this week, investors still seem to believe that a deal between the largest two economies will be struck instead of a further escalation of trade tensions. However, with President Trump in office I have doubts that an agreement will be reached.

Although China cannot go toe-to-toe with the U.S. in a retaliatory tit-for-tat tariff war, they still have options to support their economy and hit back at the U.S. with non-tariffs weapons. China may simply put its deleveraging efforts on hold and begin a new round of fiscal and monetary stimulus to offset the damage created by trade. A reduction in corporate tax rates on manufacturing and other industries along with keeping interest rates low and a further cut in Reserve Requirement Ratio to support credit growth will keep the economy well supported for the foreseeable future.

A gradual depreciation in the Renminbi is another tool to offset tariff impacts. The CNY has dropped more than 5.2% against the dollar so far this year, so it requires less than 5% depreciation to offset the current 10% tariffs imposed by the U.S. Despite Premier Li Keqiang vow not to pursue a policy of currency devaluation, officials can blame market conditions on the fall of the currency.

Beijing still seems to be playing defensive so far, but if China decides to move on the offensive a new strategy will be followed. This may include boycotting U.S. products, increasing taxes on earnings of U.S. companies in China, refusing to grant approvals for M&A involving U.S. businesses, and reducing its U.S. debt holdings. Any signs of China following this path will be damaging for investors’ confidence and that’s what could lead to a steep selloff in global equities.