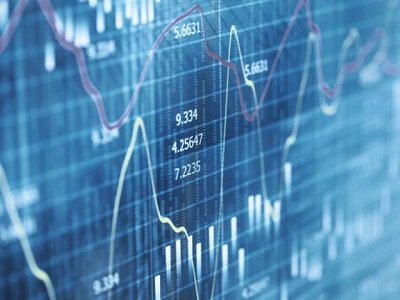 The rally in US equities yesterday failed to impress Asian investors. The Dow Jones Industrial Average rose 1% on Wednesday driven by the Basic Materials and Consumer Cyclical sectors, while the Nasdaq Composite ended the session only 0.38% higher as the Technology sector was left behind. Despite a 5% drop in the Volatility Index, sentiment was kept in check as the rally in stocks was not accompanied by higher trading volumes, and the US 2-10 yield curve remains inverted for five consecutive days.

As long as the US-China trade dispute remains unresolved it’s hard to see a sustainable rally in equities, and with new trade tariffs coming up next week, expect further negative impact on economic data. That’s why investors continue to pour money into long-term government bonds with the US 30-year yields reaching a record low of 1.90% on Wednesday.

Most Asian equity indices are trading in red, and US futures are indicating a lower open for Wall Street.

In currency markets, the Pound held to yesterday’s losses after Queen Elizabeth approved the UK Prime Minister Boris Johnson plan to suspend Parliament. The request to suspend Parliament from September 9 to October 14 increased the odds of a hard or no-deal Brexit.  The opposition parties will fiercely battle the suspension by going to courts and most likely proceed with a no-confidence vote.

Investors are now fearing the risk of a severe recession if the UK leaves the EU with no deal. UK’s GDP has already shrunk by 0.2% in Q2 and recent developments may lead to an even further downturn. The Bank of England is likely to cut rates before year-end if the situation deteriorates further which would put more pressure on Sterling. Expect to see higher volatility in GBP trading for the next several days, but risks are more to the downside with the possibility of testing 1.20 in the short term.