Iran strikes back at US, Risk aversion reigns 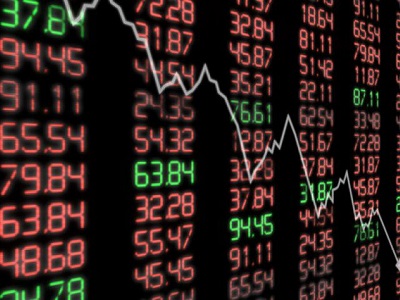 A tidal wave of risk aversion engulfed financial markets on Wednesday, after Iran launched retaliatory missile strikes against US forces in Iraq.

Asian shares tumbled during early trade, while Gold punched above $1600 as escalating tensions in the Middle East fueled risk aversion and accelerated the flight to safety. Iran’s retaliation has raised fears of a full-blown conflict with the United States and this negative sentiment is poised to weigh on equity markets this week. There is a lot of uncertainty in the air with markets still in ‘wait and see’ mode until fresh clarity is provided on the US-Iran faceoff.

Markets have stabilised to some degree after the initial burst of volatility with investors taking some reassurance from the absence of US casualties and the measured tone of the official responses. President Trump is expected to make a statement later today in response to the Iranian strikes which should give fresh direction to markets.

Gold exploded higher on Wednesday, punching above $1600 for the first time in almost seven years as geopolitical shocks sent investors flocking to safer segments of the market.

Focusing on the technical picture, the precious metal is heavily bullish on the daily charts as there have been consistent higher highs and higher lows. A solid daily close above $1600 may encourage a move towards $1630. Alternatively, sustained weakness below $1600 could trigger a retracement back towards $1570 and $1555.

The explosive moves witnessed in oil prices over the past few days highlight how sensitive the commodity is to geopolitical shocks.

WTI Crude blasted higher during early trading on Wednesday, breaking above $65 after Iran fired missiles at air bases in Iraq housing US troops. Given how this development raises fears of more tensions in the Middle East, Oil prices are poised to remain volatile in the near term with all eyes now on President Trump’s reaction and any signs of US retaliation. It will be interesting to see how far geopolitical shocks support oil prices before investors re-direct their focus back towards US-China trade and global growth.