Is lightening set to strike twice for U.S. oil price? 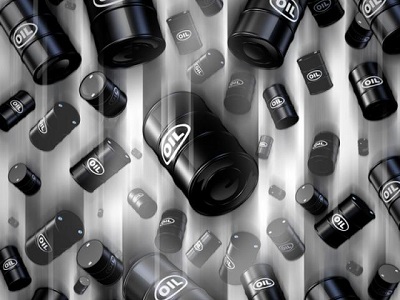 Investors keeping their fingers crossed as hope builds following gradual steps from world governments to slowly loosen lockdown restrictions will eventually lead to a return of demand for the global economy has kept risk appetite kicking so far into the new trading week. South Africa, Nigeria, New Zealand and the United Arab Emirates represent just a few of the countries that have loosened some restrictions in recent days, and the test of time on whether more countries are set to follow these footsteps will determine whether the modest rally in stocks can continue.

I have my own doubts on how much more fire can be added to the flame to push markets higher and a trend that investors can keep an eye on is whether any signals creep through that positions could be closed as April concludes. Upcoming central bank decisions from the likes of the U.S. Federal Reserve, European Central Bank as well as earnings announcements from corporations such as HSBC, Facebook, Samsung, Tesla and Amazon will also be viewed as event risks.

Can lightning strike twice for oil?

Investors will be unable to dismiss an element of recent history repeating itself with tanking oil prices and whether lightening could be set to strike twice. WTI has already dropped more than 12% so far during on Tuesday below $11 while Brent Crude is 5% down below $20. It looks like fear is kicking into investor sentiment following the insane shock just one week ago that eventually led to negative U.S oil prices and nobody wants to see the next contract expiry date follow the path of the May contract. As a result it appears that upcoming contracts are becoming very liquid, and investors can expect to see continued volatility.

No signs of lockdown exit strategy to risk sell in May trend for Pound?

The first speech from UK Prime Minister Boris Johnson on his return to work following his battle with the coronavirus indicated to investors that life in the United Kingdom as it stands will be very much stay at home throughout May. It was expected that we would have a cautious speech from the UK Prime Minister and any guidance from officials on a potential timeline for when some measures can be lifted will be viewed as a potential opportunity for a pop higher in UK assets.

One trend in the currency markets that can be watched closely is what impact signs of loosened government restrictions has on demand for the USD. The Greenback has shown signs of getting out of the wrong side of the bed so far this week with initial declines against a mixture of its counterparts, and more signs of eased lockdowns across several countries can be digested as a test ahead for King Dollar. As well as with emerging markets, some of the other currencies that can cheer potential weakness in the USD include the Euro, Australian Dollar and British Pound.

Prospects for South African assets improving, but Rand not completely out of the woods just yet

South African assets, including its currency and stock market are aiming to strengthen as investors continue to reflect positively that the economy is set to begin a partial reopening. Improved global sentiment based on other economies providing indications that they are also gradually loosening the leash on their own lockdown restrictions would also benefit South African assets on risk appetite.

Prospects are looking stronger for Rand, although there is a cautious undertone that the Rand and wider South African assets are not completely out of the woods yet. However, the majority of the tornado intensity that has seen the Rand weaken more than 30% during 2020 so far has hopefully passed.

The economic calendar of scheduled releases from South Africa for this week are mostly void of major tier-one data, although the trade balance for March is set to be announced this Thursday and it should provide insight on what impact the early stages of world lockdowns had on South African trade.

There isn’t a genie in a lamp that can be rubbed to take the last month away from memory, so there is a need for deep breathes as economic data releases globally point towards the direction that the fight against the coronavirus pandemic has threatened the worst recession in close to a century.