Is the bull market under threat? 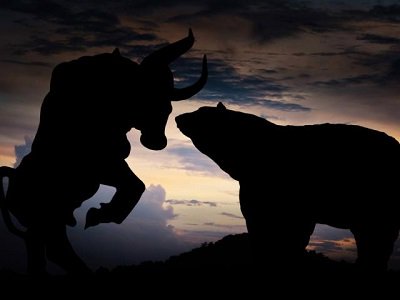 It has been a decade since the bull market started back in March 2009. If you dared to invest back then in the US’s largest 500 companies, you would have earned more than 300% in returns by now. Ten years into this bull market, the main question now being asked, how much longer can it last?

Predicting an end to the bull market has always proven a hard call. Bull markets do not expire as they age, but they also do not last forever. One factor that could lead to the end of a bull market is sentiment. When people become tremendously terrified about the economy’s performance, they begin to exit.

Last Friday’s US jobs data was the latest economic figure showing cracks in the world’s largest economy. Despite the unemployment rate dropping to 3.8% from 3.9%, and wage growth accelerating to 3.4% from 3.1% over the past 12 months, it was the headline number that took markets by surprise. The US economy added only 20,000 jobs in February versus estimates of 180,000. That’s a big shock and could certainly indicate the US labor market has reached its full capacity for the current economic cycle. Unless we see an upward revision in March’s reading, investors will become increasingly worried.

The poor jobs number came after a series of weak economic data from China and Europe, taking Citi’s economic surprise index deeply into the red.

Central banks have already begun providing signals to intervene. On Thursday, the ECB followed the Federal Reserve’s steps by taking a U-turn in policy and reviving a stimulus programme to provide banks with new liquidity “TLTRO”. Interestingly though, the market’s reaction wasn’t positive, with all major European indices ending the day in red. This shows that central banks’ ability to prevent a slowing economy is weakening, given the limited tools currently available.

While central banks have been investors’ real friend throughout the past decade, it’s now more about how the economy performs in the coming months, and whether we see a significant recovery in the second half of 2019.

Sterling is the currency to watch this week while traders await Tuesday’s vote on Theresa May’s Brexit deal with the EU. Passing the deal will be a big positive surprise to Sterling, but chances are too low. It seems the question is whether we get Brexit delayed or crash out on March 29 without a deal. So far a delayed Brexit is what’s mostly priced in, and any other scenario will lead to big moves.