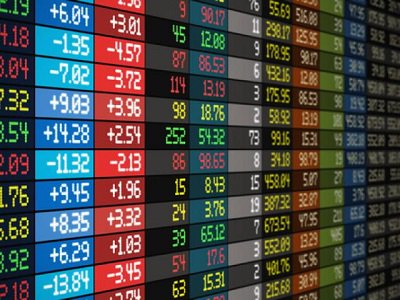 It has been all about Italy today in the markets, as they've completely turned and now taken a risk aversion approach compared to last week. This is not shocking news, but it has led to a lot of concern among the euro-zone members especially around the Italian political situation which is beginning to look like some sort of drama regarding the Euro and the euro-zone. In all reality a new government will need to be elected, and it's likely to be a very euro-sceptic government which will be bitter about the recent moves from the President - certainly a battle of ideology between the two sides. If the current climate persists then we could see the Euro take a hammering from traders and hedgers, and the return of strong currencies like the CHF and JPY against the Euro, but for now it has been all about the EURUSD. What looks like a bear market for the EURUSD is certainly turning into a major one with the current climate, as traders exit in the droves. The market is now looking to extend down to support at 1.1482 after crushing through the upper support level at 1.1582 yesterday. The bears are clearly looking to take advantage of the chaos but they may run out of steam as the election is some time off, and positive EU comments could potentially help some of the rebel parties gain a clear majority. In the case of bullish movements resistance can be found at 1.1582 and 1.1719 but I would be careful of the 20 day moving average here which is likely to fight off any large movements higher at this stage, especially as Italy will remain on everyone's mind for some time. With the real threat being Spain and Portugal further down the line; even potentially Greece.

On the other side of the world the NZD has been in the spotlight as well as traders, as mentioned above, have gone off the idea of anything risky at present. Traders will also be focused on the upcoming business confidence figures to see how the economy is going at present, and if potentially we may get to a level where rate rises are back on the cards - something that feels very far off. Looking at the NZDUSD on the charts it's clear to see that it's lacking bullish potential at present as even the 20 day moving average is stopping traders in their tracks. There was also a brief touch on resistance at 0.6966 before the market slipped back. If the bulls do regain control the next level up is 0.7054, but this is also a key psychological level for markets and would be tough to beat without any positive risk sentiment. If the bears look to swipe harder in the current market climate then support at 0.6819 will be the level to beat, but it may take some serious effort to get there.