Key events to watch this week 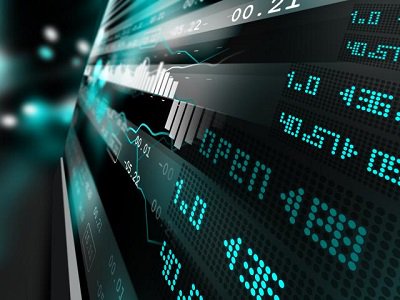 After falling to a six-and-a-half month low against the dollar on Friday, the Euro bounced back early Monday following the Italian president’s blocking the formation of a new government supported by anti-establishment parties. Mr. Mattarella’s refusal on Sunday to approve a proposed Eurosceptic economic minister gave the Euro a much-needed push. However, it is far from certain that Mattarella’s current move will end Italy’s drama. In fact, the situation may worsen going forward, as 5 Star leader Luigi Di Maio is planning to request the parliament to have Mattarella impeached. On the other hand, the League leader Matteo Salvini suggested Italians return to the polls for a re-vote. Such developments will put the third-largest European economy on an uncertain path that will ultimately lead to further pressure on the single currency.

Another looming risk to the Euro this week is Spain, after Pedro Sanchez, the leader of the Socialist Workers' Party, filed a no-confidence motion against the prime minister, Mariano Rajoy. If Sanchez gets the required votes in parliament to replace Rajoy, expect to see a further selloff in Spanish bonds and equities. So, instead of one headache, the European Union will probably need to deal with two now, and with continuing deterioration in economic data, the Euro bounce is likely to be short-lived.

Oil resumed its slide on Monday, following discussions that Russia and Saudi Arabia may restore some of the halted output when OPEC and non-OPEC ministers meet in Vienna on June 22 & 23. Brent fell 7.45% from its peak of $80.49 recorded on Tuesday, while WTI declined more than 9.6% from Tuesday’s high.

The sustained fall in Venezuelan output helped OPEC and non-OPEC members to significantly exceed the intended total production cuts over the past eight months. Whether only Venezuela lost production will be recovered or more remains unknown, but the impression of easing output cuts on its own is sufficient to put a cap on prices. From now and until the OPEC and non-OPEC meeting, the ongoing commentary will continue to drive prices.

Trump – Kim Jong-un summit back on

The summit between Donald Trump and Kim Jong-un could happen after all. After calling off the planned historic summit on Thursday, President Trump tweeted on Sunday “I truly believe North Korea has brilliant potential and will be a great economic and financial Nation one day. Kim Jong-Un agrees with me on this. It will happen!”

Hopes that the Singapore summit could still take place may support appetite for risk assets. However, it has become evident that these developments tend to have only a temporary impact on equities and investors should not be distracted from the fundamental drivers.

Whether the dots on the Fed’s plot chart will move upwards or downwards when the Fed meets on June 12 & 13 will depend largely on this week’s economic data. Friday’s Non-Farm Payroll report is expected to show an increase of 185,000 for the month of May, up from 164,000 in April. Average hourly earnings are also expected to improve slightly, rising 0.2% in May from 0.1% in the previous month. If these figures do not deviate widely from expectations, I don’t think the shape of the dot plot will change a lot. Another important indicator for the Fed will be the Personal Consumption Expenditure due on Thursday, which if begins to overshoot the 2% target, will imply faster tightening in the coming months.