Lira jumps higher on Erdogan victory – but will the momentum last? 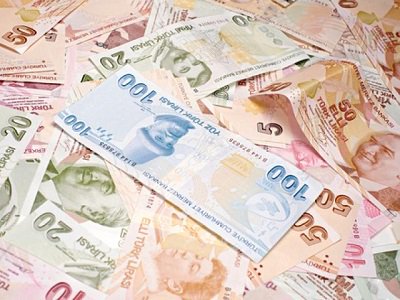 All eyes are on the Turkish Lira this morning with the currency rallying sharply in early trade today, following the news that Turkish President Recep Tayyip Erdogan has won the weekend election in Turkey. The Lira had advanced as much as 3% at time of writing with the currency currently standing as the only emerging market to be trading higher against the USD. The improved sentiment in the Lira is likely linked to confirmation of continued political leadership in Turkey.

There will be some underlying concerns over whether this buying momentum for the Lira could actually last, especially when you consider that fears over the repercussions of an Erdogan victory had been one of the primary drivers behind the collapse in the Turkish Lira over the first half of 2018. There is every possibility that the rally in the Lira could be temporary. The currency has weakened beyond 20% during the first half of 2018, with one of the main contributors behind the Lira weakness being that Erdogan had promised to become an influence in economic matters and central bank policy if he won the election.

Whether the Lira can actually maintain its strength over the next couple of days will be somewhat reliant on how international investors react to the news that Erdogan will have an extended rule of power in Turkey. Investor confidence in Turkey has suffered in the aftermath of fears that central bank independence would be at heavy threat in the event of an Erdogan victory, and it will take some serious convincing for investors to move back into Turkish assets.

The possibility that the impressive rally this morning in the Lira could just be temporary shouldn’t be ruled out. I would expect for investors to closely monitor the developments in Turkey over the upcoming period. If there is an air of calm within Turkey it would be seen as a positive for the Lira, however any reports that the central bank will be instructed to significantly lower interest rates would be seen as a major threat for the currency.

The other major headline in the FX markets is news of the Chinese Yuan weakening to its lowest level since December 2017. Fears over the possible ramifications that a trade war between the United States and China would have on the Chinese currency appear to have encouraged the Yuan to withdraw its previous gains in 2018 against the Dollar. The Yuan has now lost nearly 0.3% year-to-date, where it was previously seen as one of the best performing emerging market currencies this year.

There is speculation that the People’s Bank of China (PBoC) might be deliberately weakening the Yuan in an effort to strengthen the Chinese economy, in the event that the world’s two largest economies do actually get involved in a trade war. The central bank reduced the reserve ratio requirement for commercial banks by half a percentage point over the weekend, which some have attributed to providing the local economy with some ammunition should the trade war concerns with the United States intensify.

Elsewhere and in a week where political risk will still likely play a leading role in driving market sentiment, an exception to this rule will be traders keeping a close eye on a scheduled speech from Bank of England (BoE) Governor Mark Carney this coming Wednesday. Any comments on the future direction of UK interest rate policy will be particularly observed by the financial markets, after the Monetary Policy Committee (MPC) unexpectedly voted 6-3 to keep interest rates unchanged during the most recent policy meeting.

The news that BoE Chief Economist Andy Haldane had unexpectedly voted for a UK interest rate increase in June has revived optimism that the BoE might be closer to raising UK interest rates than anyone would expect. This optimism has also encouraged the GBPUSD to rebound away from its lowest level this year.