Market waits on Bank of Canada

With a US tax bill and a Brexit currently flying around in the markets it's hard not to get lost on the bigger picture for other countries as well. However, the Bank of Canada (BoC) is one that we should all be paying attention to as in the next 24 hours they will have their monthly interest rate decision, as well as follow up conference to the market. Now a interest rate is not priced in at present - in fact the odds are very low, but the BoC has a habit of surprising markets and the recent employment figures were very positive adding further weight to the potential for a rise. I don't anticipate we will see a surprise interest rate jump, however the words that will be used will be vital for the market when it comes to pricing in the next interest rate rise and of course are likely to have a big impact on the Canadian dollar. It's not always about oil for the Canadian economy, but one thing is clear there is certainly more to offer on the trading calendar than oil updates. 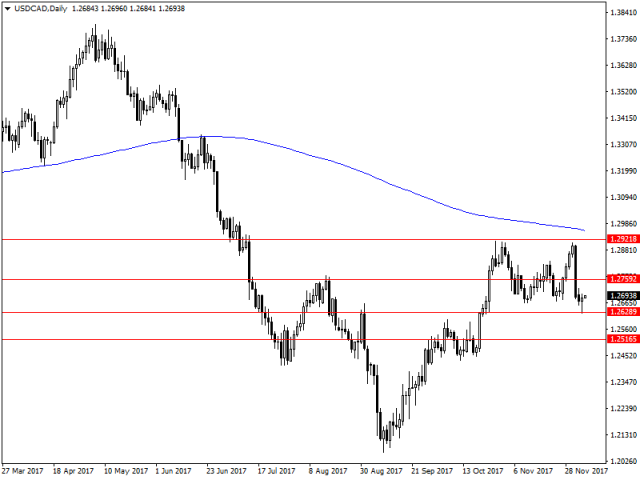 So far the USDCAD has been a big mover and has held up nicely on the charts in preparation for the upcoming announcement. So far the USD has been losing ground against the CAD after traders were quick to attack on USD weakness and the strong jobs report. Any movements higher on the USDCAD were likely to struggle regardless with resistance at 1.2759 and 1.2921, but also with the 200 day moving average starting to ebb lower and showing a pattern of being respected strongly by the USDCAD. Movements lower are likely to find support at 1.2628 and 1.2516 in the current market, but I would also watch out for the oil figures as well, as a strong drawdown would put further bearish pressure on the USDCAD.

One of the key metal markets which has been moving sharply lower recently has been silver which has been reacting sharply to the boost in equities. There has been talk recently that metals could potentially be replaced by Bitcoin and the likes, but I don't believe they represent a tangible hedge like precious metals do in the current environment. What is clear that the US economy booming is starting to have a negative effect on the price of silver and the market is starting to shift lower as a response. 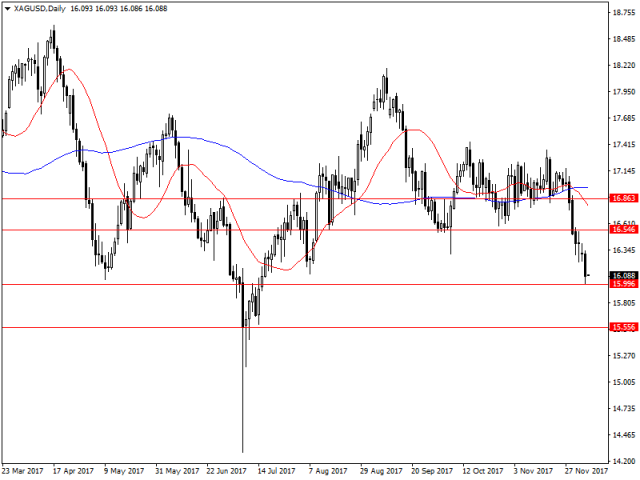 I've always been a fan of silver and the trend is looking quite strong on the charts so far for the bears. Support has held up nicely at 15.996, with the potential to move event further lower to 15.556. Resistance is currently high in 16 dollar region at 16.546 and 16.863 at this stage. All in all though the bearish trend is strong and could continue in the current environment if we don't see any large hiccups.