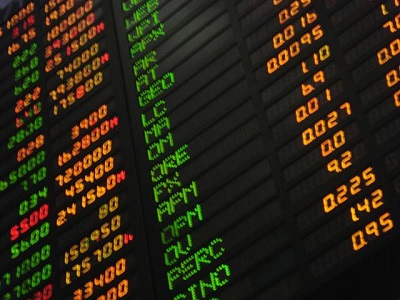 Another week, another record high for US stock markets despite renewed uncertainty and mixed messages from the US-China trade front.

Global equity bulls were initially inspired by positive US economic data mid-week as third-quarter GDP growth and durable goods orders exceeded market expectations, but trade woes lingered in the background. The fiery optimism revolving around a “phase one” deal between the United States and China was quelled after Donald Trump signed a bill backing Hong Kong protesters. Given the complex and intricate relationship between Hong Kong and China, this move by Washington will certainly raise concerns over the possibility of a US-China trade deal.

This negative sentiment is already being reflected in Asian markets on Friday with regional shares retreating as the month comes to an end. With China threatening that it would take “firm countermeasures” against the United States, investors may start questioning whether the “phase one” trade deal will be signed before the end of 2019. Until fresh clarity and direction are offered on the progress of US-China trade talks, markets may enter a wait-and-see mode as the year slowly comes to an end.

A Boris Johnson win may signal the end of a lengthy Brexit deadlock with the UK possibly leaving the European Union before the January 31 2020 deadline. Such a market-friendly outcome has the potential the push the GBPUSD above 1.3000 and beyond. Alternatively, if the general elections results in a hung parliament and Brexit remains in limbo, the uncertainty is likely to weaken Sterling against every single G10 currency.

Dollar supported by positive US data

Encouraging economic data from the largest economy in the world continues to support the Greenback.

Sentiment towards the US economy has received a boost after third-quarter economic growth and durable goods orders both exceeded market expectations. With the data surprise reducing market expectations over the Federal Reserve cutting interest rates anytime soon, the Dollar is poised to push higher.

In regards to the technical picture, the Dollar Index is trading around 98.35 as of writing. An intraday breakout above 98.50 should encourage a move towards 99.00 and beyond.

Gold is on track to end November shedding almost 4%, its worst monthly decline since November 2016.

Explosive levels of optimism over US-China trade talks, positive economic data from the United States and the Federal Reserve hinting a pause in cutting interest rates reduced appetite for Gold. Although bulls have lost the battle this month, the war still rages on. Given how the next tariff deadline falls on December 15th where additional U.S levies on Chinese exports will go into effect, Gold has the potential to shine as the year slowly comes to an end. Escalating trade tensions are poised to rekindle fears over slowing global growth and speculation around central banks across the world easing monetary policy. An unwelcome return of risk aversion and expectations over lower interest rates should  revive buying sentiment towards Gold which has gained roughly 13.50% year-to-date (YTD).

Focusing on the technical picture, the precious metal is attempting to rebound on the daily timeframe. A breakout above $1459 should encourage move higher towards $1463 and $1475.