Markets on standby in absence of fresh catalyst 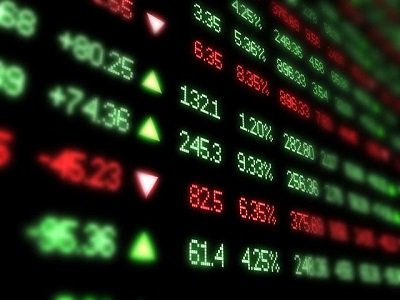 Asian stocks traded mixed this morning as investors adopted a ‘wait and see’ approach due to a lack of fresh catalysts.

With much of the hope of a US-China trade deal priced in and the risks of a no-deal Brexit by March 29 heavily priced out, a new theme needs to be brought to the table. Although geopolitical risks continue to linger in the background, they appear contained for now while ongoing concerns over global growth are slowly becoming old news.

The movements across global equity markets are likely to be limited until investors are offered some real clarity on the progress of US-China trade talks. With a high degree of optimism over trade talks already baked into the markets, many will be left empty-handed if the final deal fails to mirror the heightened expectations. Such a development would impact appetite for riskier assets, consequently punishing equities across the globe.

While US equities have erased the losses seen since December, this year-to-date rally appears to be running on fumes. Are equity bulls running out of steam? Time will tell.

It is shaping up to be another rough trading week for the British Pound thanks to growing concerns over Prime Minister Theresa May’s ability to pass her Brexit deal through Parliament by March 12.

Reports of the talks between European Union and British negotiators ending in an impasse worsened matters for the British Pound, with the GBPUSD trading around 1.3134 as of writing. While a lack of progress or clarity on Brexit talks will most likely punish the Pound this week, the downside will be limited by speculation over the government extending Article 50 to prevent a no-deal outcome. With uncertainty still a major theme when dealing with Brexit, the Pound’s medium to longer term outlook remains open to question.

In regards to the technical picture, the GBPUSD is under pressure on the daily charts. The breakdown below 1.3200 at the start of the week has provided bears with enough ammunition to attack 1.3080. A breach below 1.3080 will open a path back towards the psychological 1.3000 level.

Gold prices edged higher this morning after rebounding from a more than five-week low yesterday thanks to a pause in the stock market rally.

The absence of a fresh market catalyst has the potential to send investors back towards Gold which tends to perform well in times of uncertainty. While the near-term outlook for the precious metal points to further downside amid Dollar strength and US-China trade optimism, the medium to longer term outlook remains in favour of bulls. With geopolitical risks, concerns over global growth, and expectations over the Fed taking a break on monetary tightening this year being dominant market themes, Gold still has upside potential. Focusing on the technical perspective, the yellow metal is seen depreciating towards $1278 as long as the psychological $1300 level proves to be a reliable resistance. A breakout back above this psychological level will bring bulls back into the game.