The USD has had a serious case of whip lash today across the major pairs after speculation was rife in the market that Trump would look to pull out of NAFTA in one of his press conferences. So far Canada has been putting contingences in place in order to continuing trading with the US, but the reality is that a breakdown of the treaty would have large impacts on the CAD and also Mexico as well. One thing is clear is that Canada is pre-empting the outcome by launching a trade dispute with the USA over its current practices with not only affect Canada but other countries as well when it comes to protecting US interests. It won't take long to get a reaction of Trump and the markets could see some strong volatility as a result. Safe havens have also benefited heavily as traders seek to find some sort of safety net against large scale volatility that could impact the USD, finding some solace in the JPY and CHF as a result.

USDJPY trades have been the standout for today  as a result and it will be interesting to see how it plays out on the charts. The USDJPY is starting to trend lower again which is surprising given the Japanese comments as of late, but it shows that traders are worried about the US position at present despite the growth in the US economy. So sudden has the fall though been today that not even the 200 day moving average posed any sort of support for the pair as it stretched lower to almost touch support at 111.133. There is an expectation that we could see further falls to 110.202, but that being said the pair does like to range and there could be strong levels to play off. What might be worth taking note is resistance around 111.944 and 112.787 in the event of a pull-back. Also there is a potential bearish trend line starting to form, which has the potential to play havoc on traders if it starts to actually come into play. 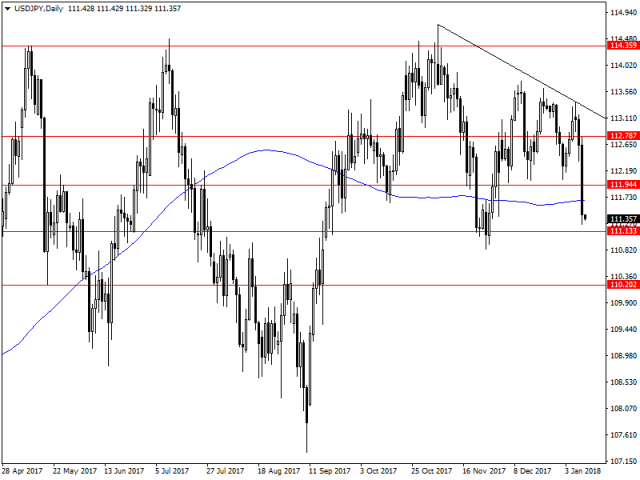 So while NAFTA has been the talk of the town today the CAD has been suffering, especially with recent building permits m/m coming in at -7.1% (-1% exp) putting pressure back on the Bank of Canada in the event it does want to raise. Some traders are now speculating that the US NAFTA threats could spook the BoC from raising rates at this time. 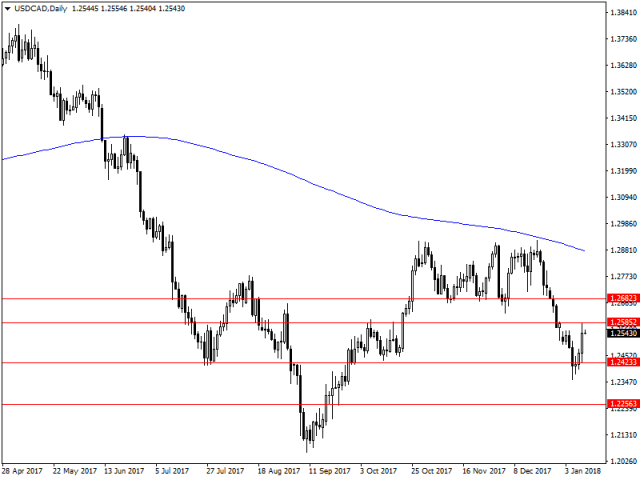 So far the push higher for the USDCAD is breaking the trend for most of the major pairs and the touch on resistance at 1.2585 was in part caused by rumours around NAFTA. If we see an actual breakdown of NAFTA we could end up with a Brexit scenario as traders short the CAD heavily.  However, for now resistance above this at 1.2682 is likely to be tough to beat. Support levels can also be found at 1.2423 and 1.2256